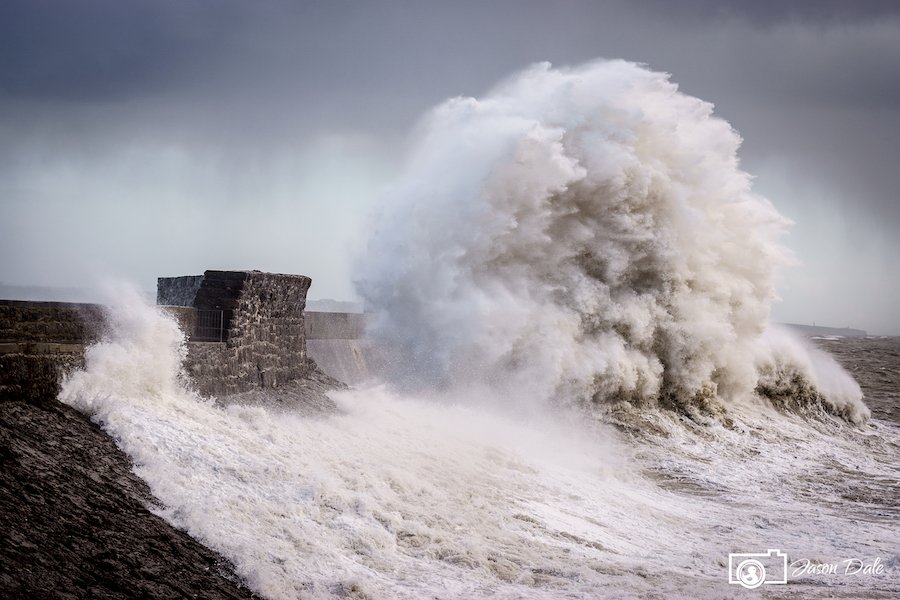 When The UK is hit by storms it’s inevitable that a stock image of Porthcawl Lighthouse being swamped by large waves will be used by multiple media outlets to demonstrate just how bad the weather has been. Waves over the lighthouse is a classic shot and with a high tide coinciding with stormy weather last Thursday (15th January) there was only one place to be – down Porthcawl – to get my own version! Yes it’s a cliche shot but there’s something quite incredible about seeing these huge waves pound the lighthouse and wall.

It’s also a challenge – firstly just to get the shot because it’s usually cold, wet and windy at Porthcawl which makes for difficult conditions. Secondly because if it’s a particular big swell then there’s always a group of photographers looking for the best spots. Finally because trying to get a different angle on a cliche shot is not straightforward.

To be honest I wasn’t too concerned about the different angle on this trip. I just wanted to get a decent shot! When the weather was bad at the tail end of 2013 I visited Porthcawl but never quite felt the shots stood out. Next time round I may look for alternative ideas although you’ll never catch me down on the rocks waiting for waves!

I took a few hundred shots before conceding defeat to the cold (sorry I am a fair weather photographer). Thankfully the high tide swell had started to subside by that point so I think I got the best of the conditions. On the blog you’ll see the two best shots from the trip – both taken within seconds of each other. The first shows a massive swell about to hit the lighthouse. 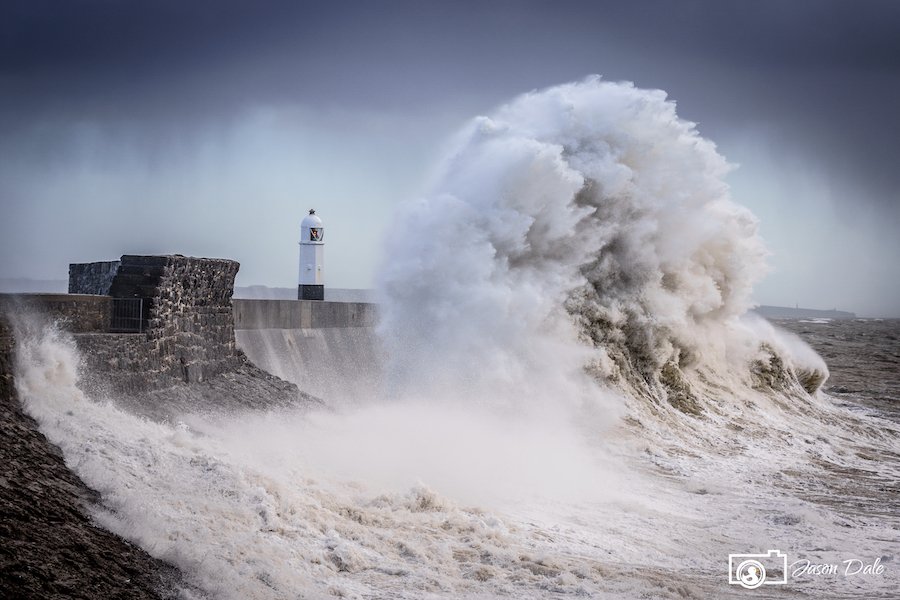 What I like about this shot is the lighthouse is isolated but you can get a sense of scale. The storm clouds add a bit of atmosphere. The second shot below shows what happens next.

As you can see the lighthouse is swamped – but is that a face of a Yeti in the wave? This shot has now been titled The Porthcawl Yeti – what do you think?