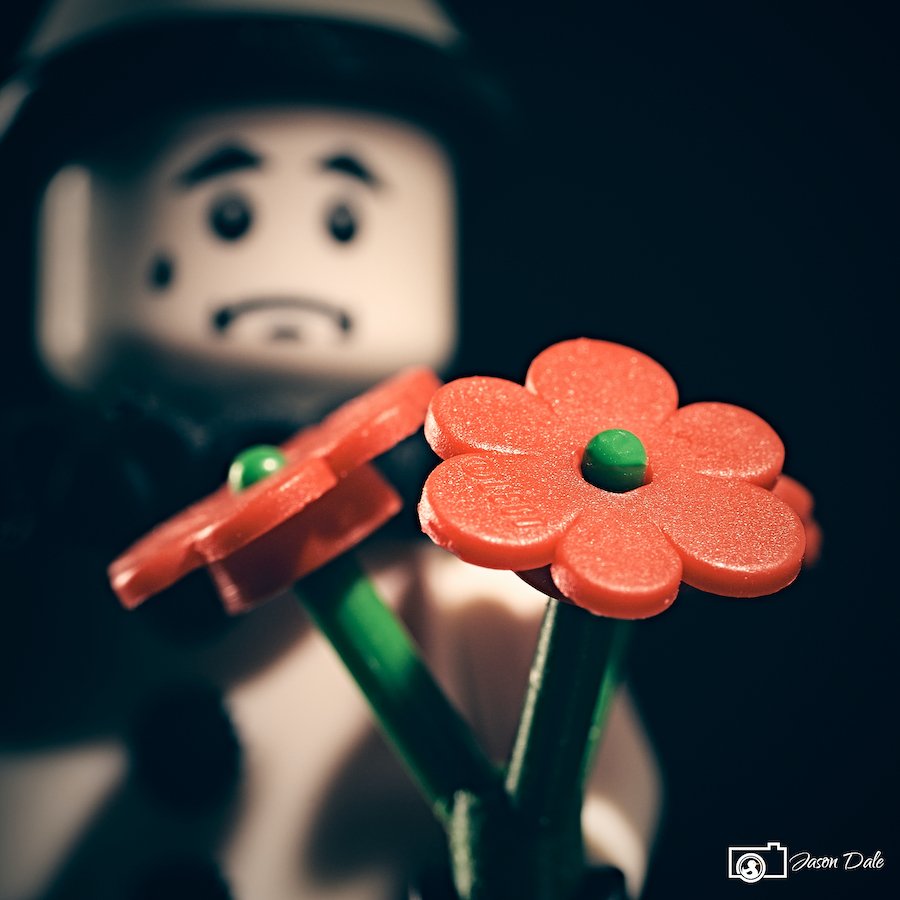 Whilst some of the Stuck In Plastic weekly themes can be quite a challenge – for example creating an album cover – others are a little bit easier. And that was the case for the recent “Close-Up” week. Although I have taken a few lego figures in the environment style shots most of my recent work tends to be closer and tighter in the frame. I’m not sure whether that’s just a factor of using a 100mm macro lens or simply because I naturally like that kind of image. Either way doing close-ups should have been easy.

And to an extent it was and it wasn’t. The brief was to get really close in and highlight something perhaps on the face of the figure or in the design. My initial decision was to look at a Terminator inspired minifigure which has some brilliant facial details including the iconic red eye. However getting up close just didn’t work and the whole idea was kyboshed when all I could see was Harry Potter instead of an angry Terminator. I did try and change the yellow head colour to match the silvery tones from the movie but that wasn’t successful either. 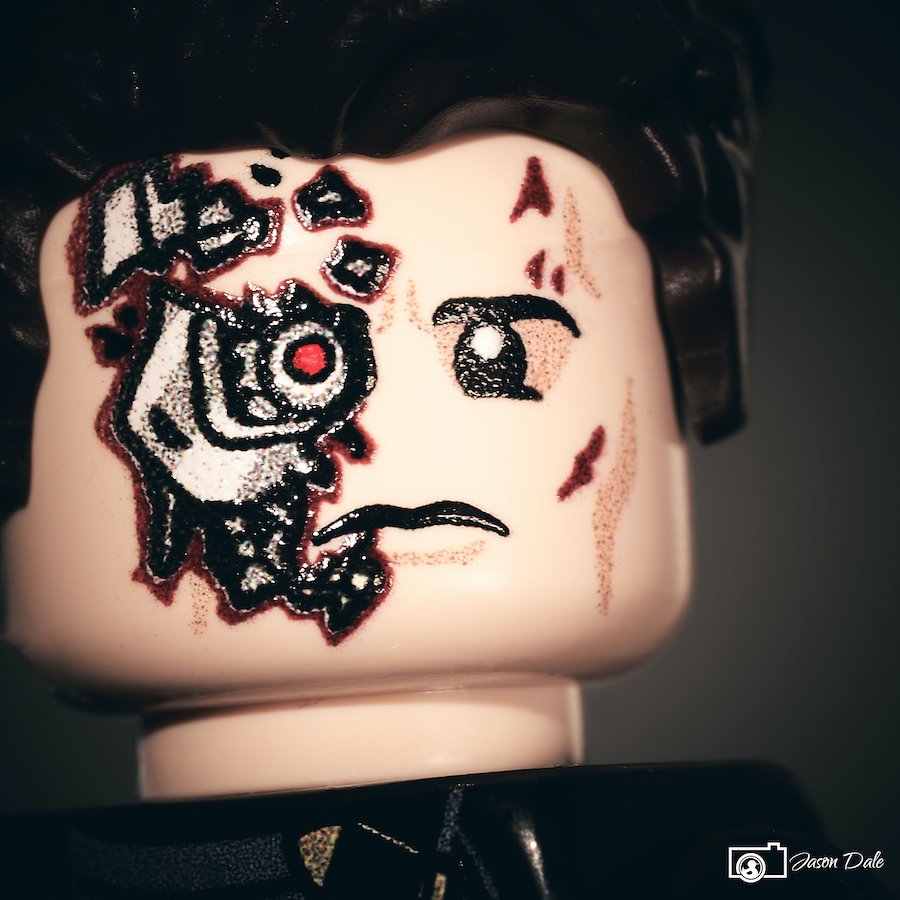 With that idea in the bin I thought back to another photo I’d taken earlier in the year “One Is The Loneliest Number“. I like using the sad clown figure and thought how could I use that in this challenge. In the original image there are some flowers on the bench so why not use them? The result is the image at the top of the screen. The focus is obviously on the flowers but we also get to see the clown’s face. The image creates a story – who are the flowers for and why is the clown side? However I do like the image for another reason.

The challenges are a lot of fun and help build up a collection of images over the year. However other than they’re lego or toy photography images they don’t always interlink. I know some photographer’s have certain styles and this helps create a sold set of images and I’m hoping I’m heading along those lines. At the same time I want to create a series of images featuring styles and figures. So for example the red flowers have so far featured in four different challenges. The sad clown has popped up in a couple too. At the end of the year these small sets hopefully will look pretty cool when brought together. I’m hoping to use Sad Clown and the flowers again in this week’s challenge which is based on triangles.

My Tips For Close Up Lego Photography

As well as the above I also played around with some other images for this particular challenge. These are shown below. Whilst it’s tempting to go for facial features on try some portraits it’s more interesting to look at accessories and fun elements. For example the coffee cup and the fact that the banana minifigure says banana on it (I mean you can see it’s a banana). Make sure your focus is on the subject of your shot and don’t be afraid to try shooting up/down as opposed to straight on. I personally prefer shooting straight on but for the banana figure found it worked better shooting upwards. Also don’t be afraid when it comes to the crop if you have the megapixels to play with.