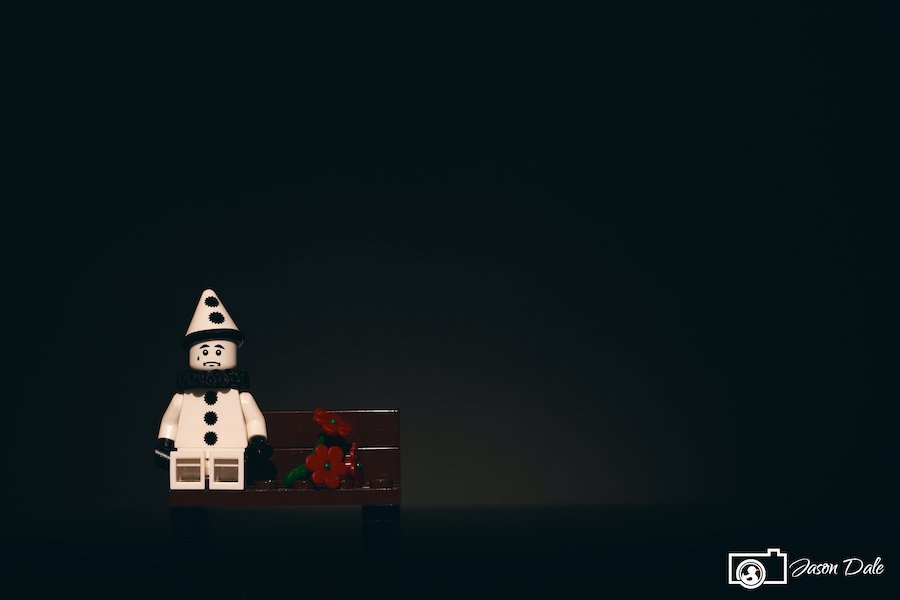 During 2021 I discovered a group of toy and lego photographers on Discord. Each week the organisers of the channel picked one theme and invited users to participate in a challenge to produce 1 to 3 images on that theme. The themes vary from using techniques such as long exposure, styles like film noir and just trying new things such as a different lens. I try and participate most weeks although sometimes the themes don’t grab me – for example this week it’s “science fiction” which feels a bit too broad an idea but I’ll see what I can do.

Last week’s challenge however was on the theme of ‘one’ and it was down to the photographer to interpret this as they so wished. Some people went for a Matrix approach whilst Harry Potter also featured. A clever idea was photographing the ‘Central Perk’ sign from the Lego Friends Central Perk set with the title of “The One Where…” as used for each episode of the show. I did a few photos for this theme but this particular image I really like. One is the loneliest number originates from a song called “One” by Harry Nilsson (I never knew this) and that line was the inspiration.

I do like shooting the sad clown lego minifigure because I think it conveys a lot more emotion than many standard figures. The black and white outfit also helps add a sense of morose to any shot. Much of my lego photography tends to be close up to the subject but with this shot I wanted to step away from that in order to give an element of lost in a large expanse of space. Originally the idea was for the clown to be stood on his own, under a spotlight, but that didn’t convey any real feeling. Sitting the clown on a bench as if waiting for someone or remembering a lost loved one works a lot better. The addition of the flowers adds to the story – and I have to thank my missus for that idea.

The lighting for this shot was actually pretty simple. A LumeCube panel sits at minimal light and 5700K is at the back of the shot whilst a LumeCube cube with spotlight attachment is used to light the clown. Previously I’d have used flashguns but by studying other toy photographer’s work and reading their behind the scenes content static lighting plus a longer exposure is much easier to work with. After all the figures don’t fidget or have anywhere to rush off too. Despite the sadness within the subject I do like this image a lot and highlights how a simple idea can be made a lot more effective with a few tweaks.