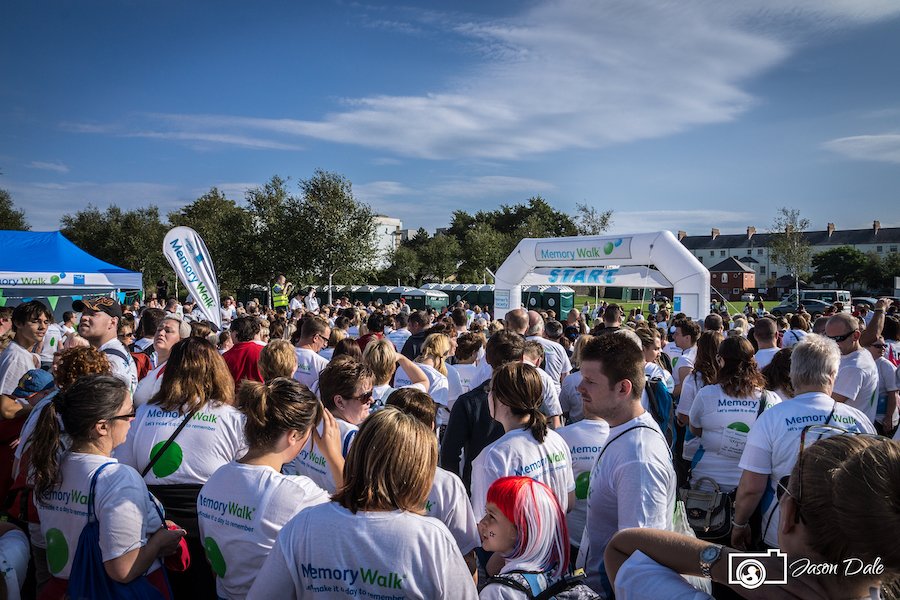 On 29th September, The Alzheimer’s Society held a 2km and 10km walk in Swansea to help raise awareness of the the condition and give people the chance to remember those effected by it. Fortunately it was a pleasant end of Summer’s day and the walk from The LC to Blackpill Lido and then back again was enjoyable. At the start/finish line there was food and entertainment.

As well as doing the walk, I wanted to capture elements of the day. Two thing that were probably most striking was the number of people doing the Memory Walk and the ‘memory tree’ where people could tie messages to. The two photos below hopefully encapsulate that.

The Memory Tree was quite hard to capture, mainly because there was a lot of people around it. The image below is in fact a crop, but I quite like it. 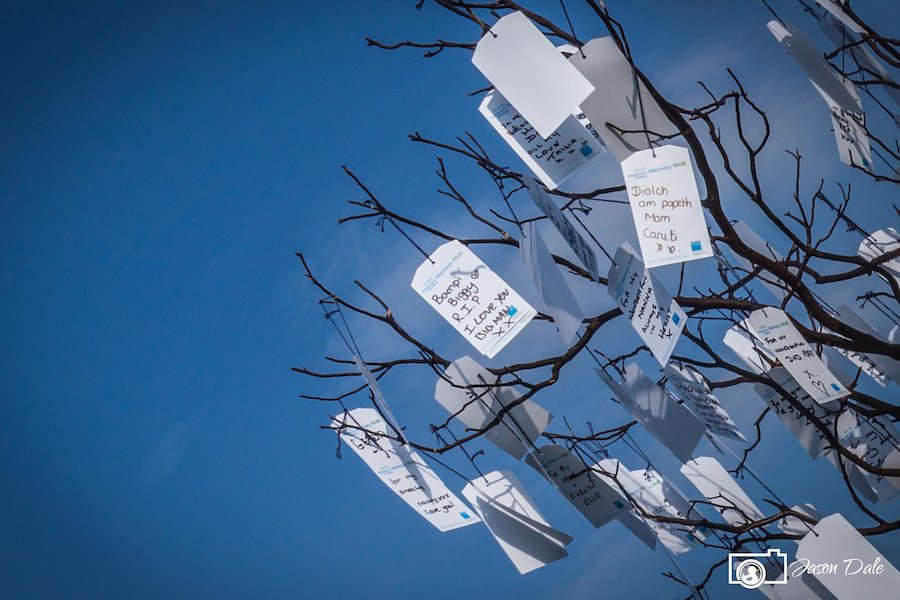 Taking decent shots whilst walking proved to be a challenge, but this one below is my favourite due to the shadows and lines. Shooting people’s backs is sometimes not too favourable, but in this case I’m ok with that as the lines and shadows lead the way.

It’d have been nice to capture a few more “people shots”, for example people in fancy dress – but to be honest I was just happy to get round the 10km and tuck into a Sweet Chilli pork sandwich from one of the food outlets. All in all though it was a great day for a worthy cause… whilst it’ll be nice to see it as well supported next year, an increase numbers will only highlight just how many people are effected by Alzhemimer’s.