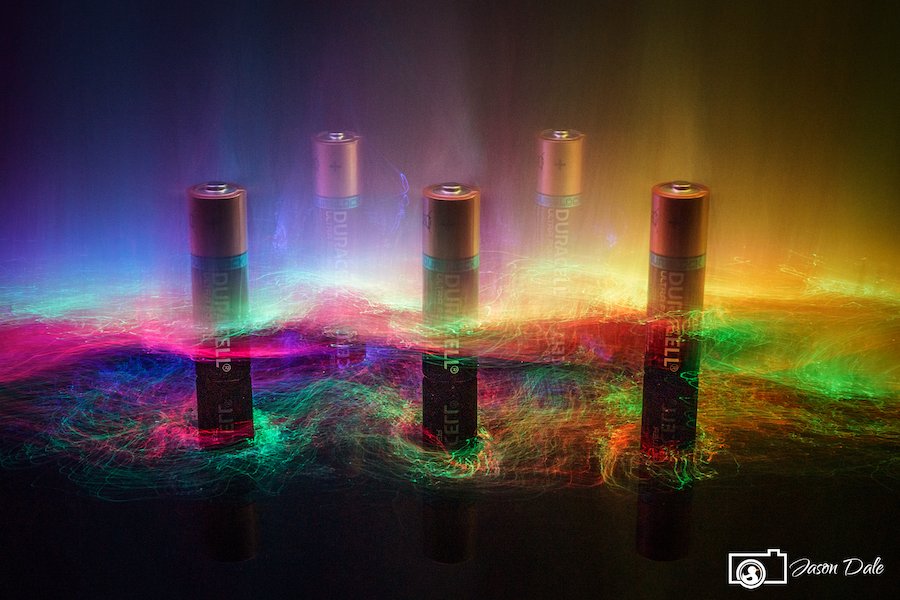 Each year at Llanelli Photographic Society we have a Special Effects competition. Most effects tend to be composites done in Photoshop and that’s not something I’m too hot on. So my entries tend to be of the playing with light ilk. I quite like this style of photography and would like to do a bit more – there’s some stunning effects you can do with a torch, fairy lights and a bit of imagination.

For one of my entries this year I wanted to replicate an image I’d seen which showed an apple with light streams created by fibre optics. The fibre optics were simply from a colour changing lamp – sounds easy! Although I got close to an image I liked, it wasn’t quite right and the fibre optics created more of an ‘electric charge’ look – which gave me an idea.

The final image is shown above – the fibre optics are passed at around the mid point of the batteries, this creates the reflection in the perspex surface. If you look closely you can make out the battery reflection too. The image didn’t win but it did OK and got some nice comments. I hope to revisit playing with light and using the fibre optics some more during 2015… rather than wait until a week or two before the next Special Effects entry is required.