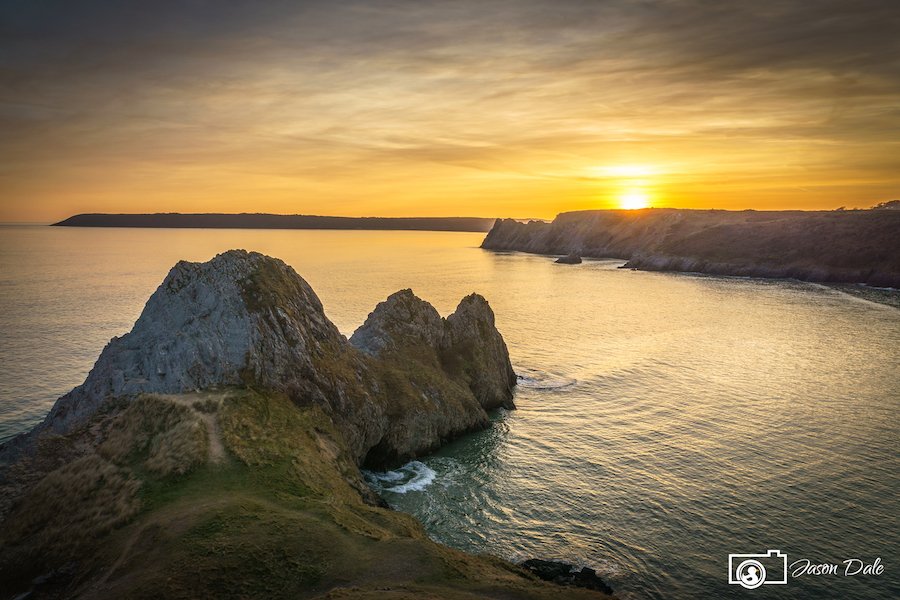 Last week I was speaking to a landscape photographer. He explained about the meticulous planning involved in getting his shots and he mentioned using simple tools such as a map, tide times and sunset compass to determine the best times to visit locations.

Using these tips – and being in the area – it seemed a good time to put things into practice and pop down to Three Cliffs, Gower. The recent sunsets in South Wales have been spectacular, the tide was in and the weather ideal so I was hoping for good results!

Sure enough it was a lovely sunset and I picked off the “classic” view of Three Cliffs by sitting precariously overlooking the scene. The first shot was taken using a Sony A77ii with 16-50mm f2.8 lens. Settings 16mm, f16, 1/20 sec and 100 ISO. A tripod was also used and SteadyShot switched off. No filters were used although I have made adjustments in Lightroom to bring out the shadows and give the colours a boost.

However, the sunset was too good to just leave it with the one shot and I wanted a little bit more so started to look for a different angle. Fortunately I found it by walking a long the path then scrambling down (much to the worry of my wife who noted I’d suddenly vanished from view). I was safe though and the spot I found meant I could get the colours of the setting sun, the incoming tide and Three Cliffs in a nice shot. The result of which can be seen below. 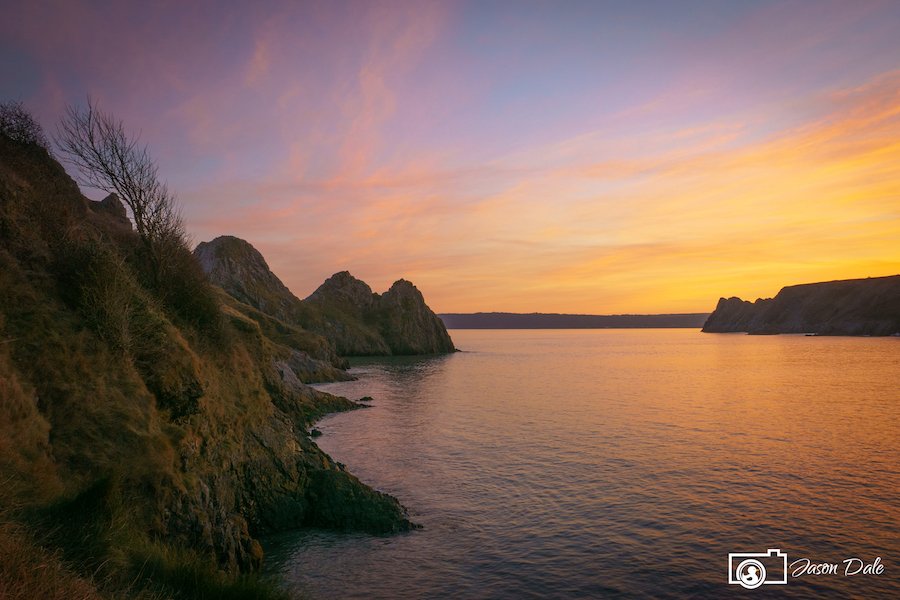 Sunset 2 was taken using a Sony A77ii with 16-50mm f2.8 lens. Settings 17mm, f16, 1/8 sec and 200 ISO. Again a tripod was used with Steadyshot off. As above also, no filters were used but it has been tweaked in Lightroom for shadows and colour.

I have to admit to being pretty pleased with both of these images. The first works well in my opinion because you can see movement in the water – I do have a more static version taken a minute before the one shown and it doesn’t have the same impact.

The second shot – which I entered into this week’s #wexmondays – is at a more unusual angle compared to the classic shot but it’s instantly recognisable as Three Cliffs (well if you know the area). The tree on the left helps add to the shot.

Both images are available for purchase as prints, canvas etc. Feel free to get in touch.