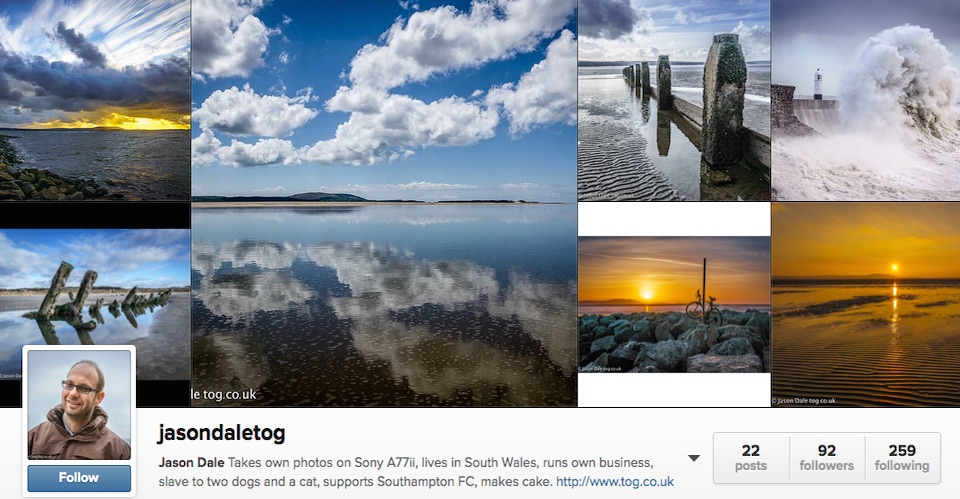 If there’s one thing I’m not good at – it’s getting my images out there for people to see and building a bigger audience. The website though has had a bit of a sort out and I’ve started posting regularly on Twitter and Facebook. So now it’s time to take a look at Instagram. I had signed up to Instagram before but wrongly assumed it was for people taking camera phone photos.

A friend of mine however suggested using it as a platform to build a bigger audience – after all it has a decent worldwide reach. So that’s what I’m now trying to do – so why not follow me on Instagram. So far it’s been a steady start with the images I’ve posted receiving a reasonable reception, but it does seem you need to pick up a good group of followers and figure out which hashtags to use in order to get your images noticed more.

One thing that seems to work so far, albeit on a limited data set, is seeking out fellow photographers and following them. People do seem to like following if you follow. There are a few pic of the day hashtags too that are worth a punt, although it would be great if Instagram did have a suggested hashtag option. You can pick up some free apps but I found them to be a bit poor.

One useful app though is Instasize. As Instagram images are all square it does mean any landscapes you’ve taken will be truncated. Sometimes that’s OK. Weirdly, and this is based only on an initial play, it does seem that the resized images don’t perform as well as the square ones. That might just be one of those things but it’s something I’ll be mindful of in the future.

Even if you’re not keen on sharing your images on Instagram it’s a useful tool for inspiration. There are some truly amazing images posted on the network by some very talented photographers. For that reason alone it’s worth joining.