Ever since I first saw a picture of the White Horses Of Camargue I knew I wanted to photograph them. What I didn’t quite prepare myself for was how you photograph these wonderful animals. Just over 12 months ago I found myself stood in a French bog, wearing waders, about a foot deep in water, holding expensive camera equipment whilst several horses ran towards me. Brilliant!

During September 2018, I stayed in the beautiful French town of Aigues-Mortes. The trip was part of a photography holiday so transfers, hotel etc were all arranged. There are tours that can be arranged if you visit the town but I’d suggest arranging things in advance. On this particular trip we were under the guidance of Serge Krouglikoff who runs Create Away, the only photo tour company actually based in the Camargue. This blog is a quick introduction, but I’ll follow up with more information another time. 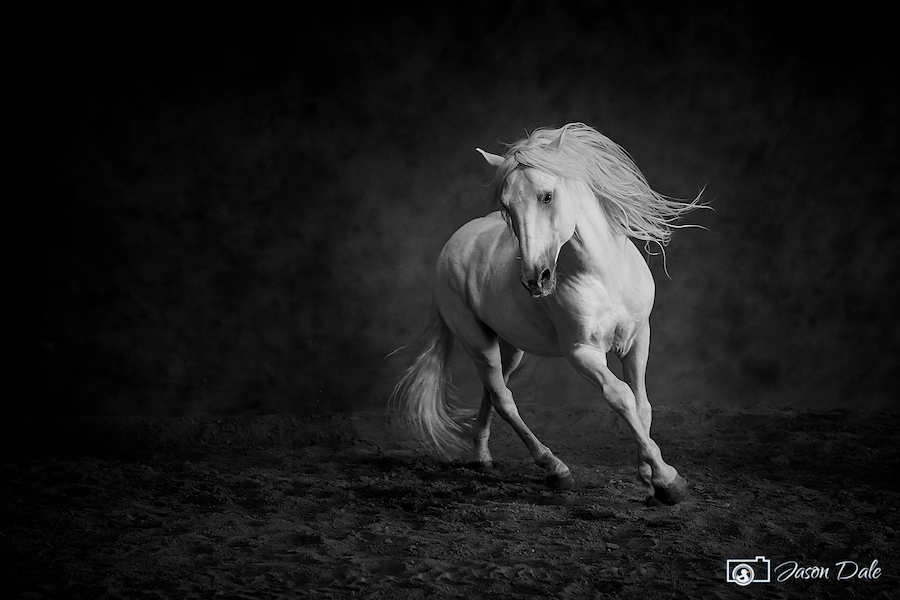 Serge has a good relationship with The Gardians and this means he can get unrivalled access to the horses. He arranged for us to do several shoots with the horses at a variety of locations. These included the beach as well as marsh locations. On some shoots we’d have several horses whilst on others it’d a be single horse. The trip also included the chance to photograph under “studio” conditions. Not everything went to plan with this part of the shoot as the studio lights failed, but we still managed to capture some cracking images under natural light.

One of the must have shots of this trip was of the horses running towards you. Basically you stand in a small tight knit group and wait for The Gardians to encourage the horses to run. As they head in your direction it’s simply a case of stay where you are and shoot. It’s actually quite exhilirating although you have to watch for splashes. In truth the horses are well managed by The Gardians so you’re perfectly safe. 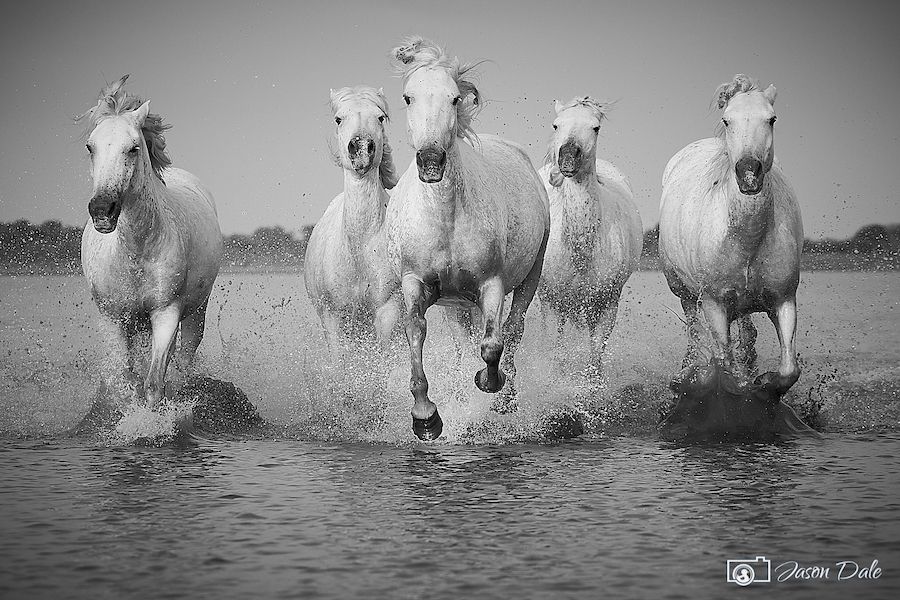 The problem for photographers thought is that horses don’t run in straight lines. This means you get plenty of shots of merged horses or heads lost behind butts. However, The Gardians give you a few attempts at each location so you can’t really fail to come away with a shot. Although the image below doesn’t show as much seperation between the horses as I’d like, it does convey their movement toward you.

Once you have a few must have shots in the can, it’s time to experiment. In my case I wanted to try panning. Usually when you pan moving objects they tend to maintain the same speed on each pass – for example motorbikes on a racing track. Horses have other ideas. Sometimes they’re fast and the next time slow. They also don’t run the same way each time. This means settings become a gamble! 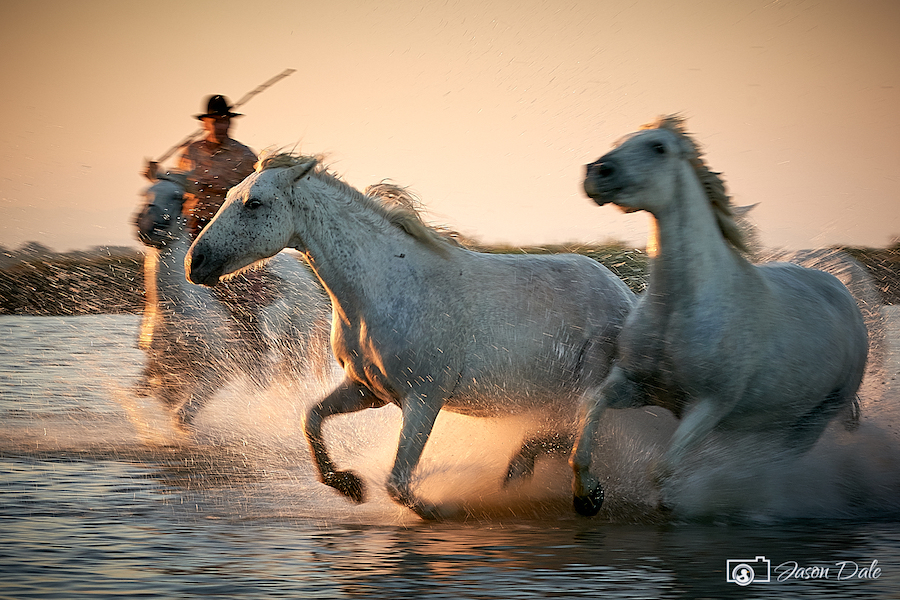 Luckily I managed to capture a couple of shots that I really like. The top image is my favourite and it’s been used by Wex Photographic in a social media campaign. That image is also important in that it introduced me to Capture One. In Lightroom the image was OK but lacked punch and sharpness. When I tried it in Capture One the image I knew I had on the back of the camera appeared on the computer screen. The colours and clarity were spot on. Had I stuck with Lightroom it’s quite likely the image would have been binned.

If you’re a Sony user, especially the new mirrorless cameras, then I strongly suggest trying Capture One. Like all software options it does have some quirks, but once you get a work flow going it’s good – to a point. You will need to use Photoshop for some editing and possibly even Lightroom for straightening. Capture One does have straightening options but for the life of me I can’t get them to work. 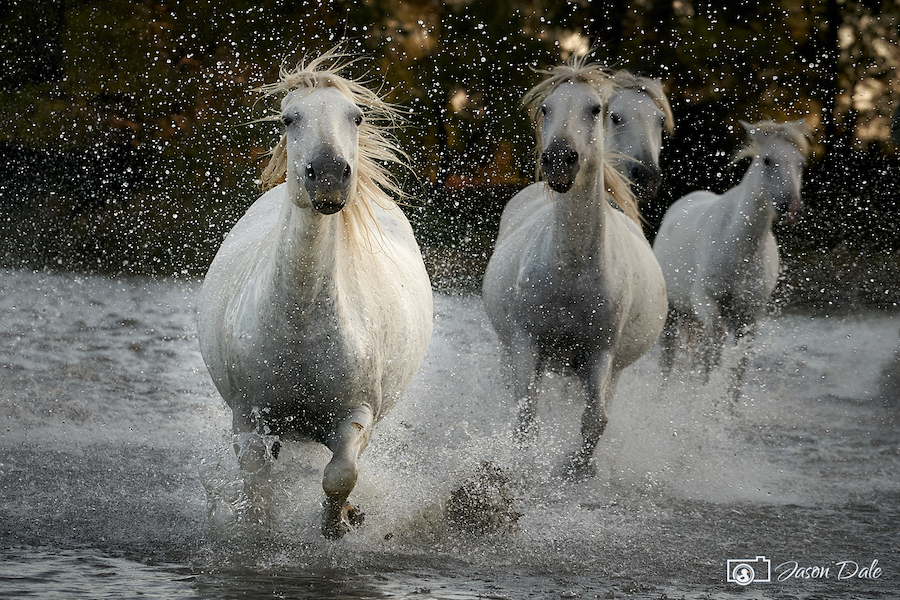 If you do get to photograph The White Horses Of Camargue on a photo holiday then Photoshop skills will be useful. On occasions the horses are on ropes whilst under the guidance of a trainer. By the way the horses are all well looked after by The Gardians. One shoot does involve sparring stallions. For some people that may not be photography material. However the horses are doing what comes naturally and The Gardians do intervene so the horses don’t escalate their sparring.

Photographing the horses is an amazing photographic experience. It’s definately something I’d love to do again and hopefully will arrange to do so in the near future. Aigues-Mortes is a delightful place to stay, with some amazing food including ice-cream. There’s plenty to see in between shoots too as the town is located within castle walls. Even if you’re not a keen photographer it’s definately an experience to consider.