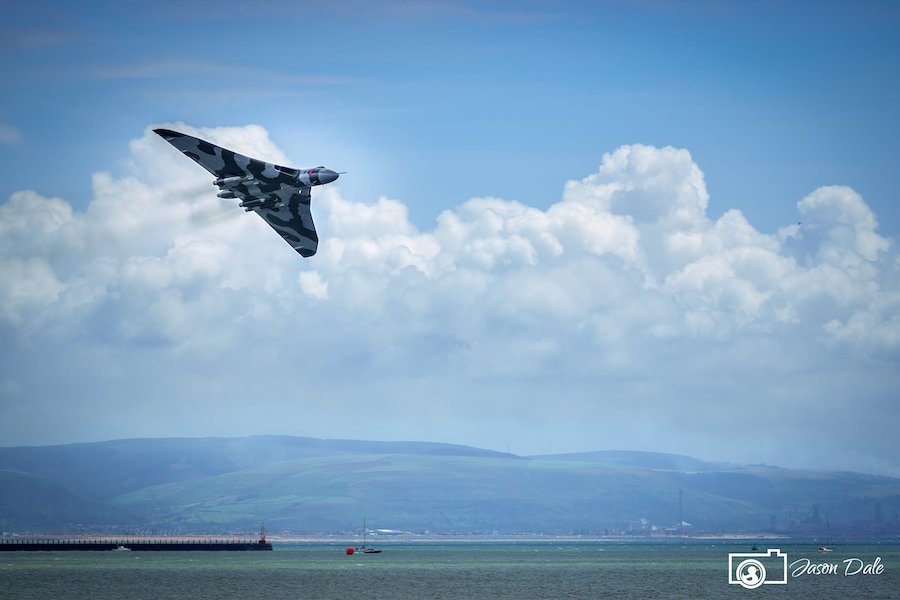 Over the weekend it was the Wales National Air Show. This is a free event which takes place in Swansea and this year there were displays from The Red Arrows, Sea King Rescue, Team Raven and Tigers Parachute Display Team. Other planes on show included The Vulcan, Spitfires, Typhoon and Royal Navy Black Cats.

Fortunately we headed down on the Saturday – the best of the days for the weather – although the skies were still a little on the grey side, especially when it was time for The Red Arrows. The main reason for going on the Saturday though was to catch The Vulcan in what is one of it’s last appearances at an air show. It’s an amazing machine and one of the highlights of the event.

The Typhoon was up next but didn’t really do itself justice (apparently it did a better display on the Sunday). This was followed by the L-29 Red Star which again probably got lost in the shadow of The Vulcan! The Autogyro livened things up again with a brilliant display and The Tutor was good.

The Sea King Rescue was an enjoyable watch – and made for some nice shots – although a bit of commentary across the tannoys wouldn’t have gone amiss. The Tigers Parachute Display Team were good but photography wise I pretty much missed every shot as they were right above me. I can’t recall The Hunter and The Royal Navy Black Cats would have been better if they’d both appeared, as they did Sunday. 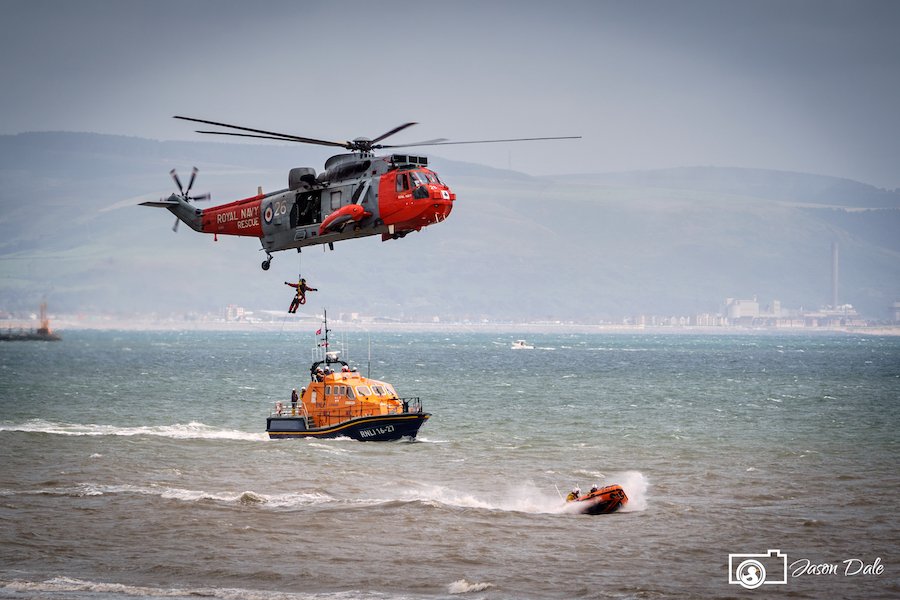 Team Raven warmed the crowd up for the main event with an acrobatic display – including what looks like a near miss above. I’d love to know just how close those planes really are! The weather and cloudy backdrop however wasn’t kind for the black and white planes.

The penultimate display of the day was The Battle Of Britain – a fly past of the great and good which protected The UK during WWII perhaps? This was a big disappointment as it turned out to be two Spitfires who sadly couldn’t get close enough to The Bay for a good display. 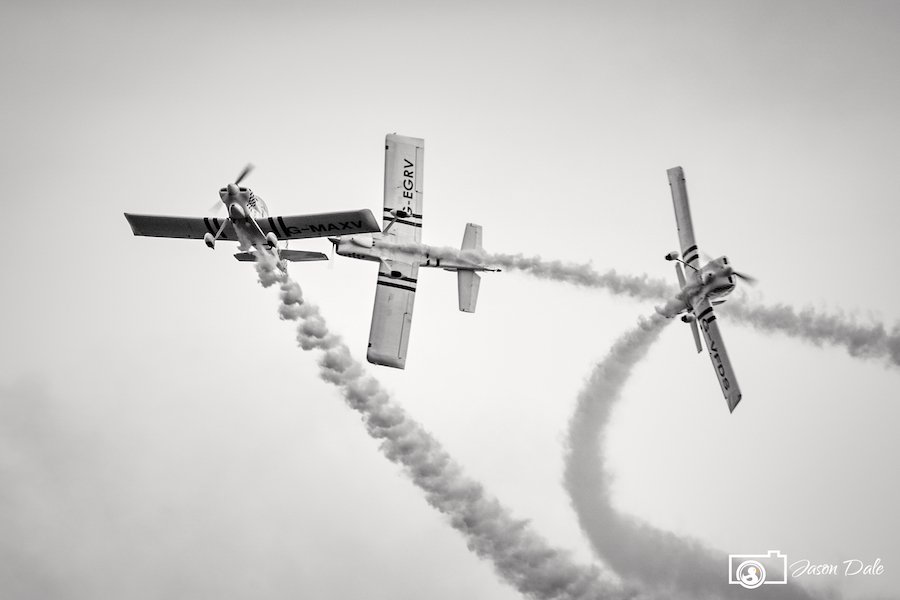 With the weather looking ominous you did wonder whether The Red Arrows would show – but show they did – and they were awesome. They were great to watch and to photograph. All things considered I was quite pleased with the shots I took, but had some near misses which could have been so good if they’d come out. The photographer next to me though did get them – such is life.

Few tips for the future – especially with The Red Arrows… watch for the coloured smoke as that helps bring the image to life especially in dull skies. Keep your finger on the trigger and watch for the cross overs. If possible have two bodies – one for zoom, one for wide – as I found I missed the “split” shots with the 70-400mm. 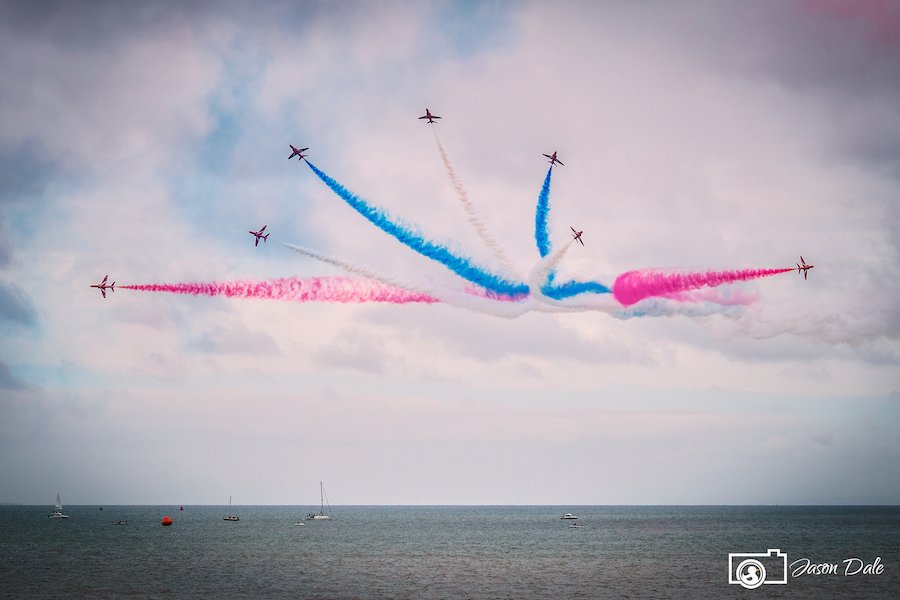 Mind I did get the one above – which was my last shot on a brilliant day out.