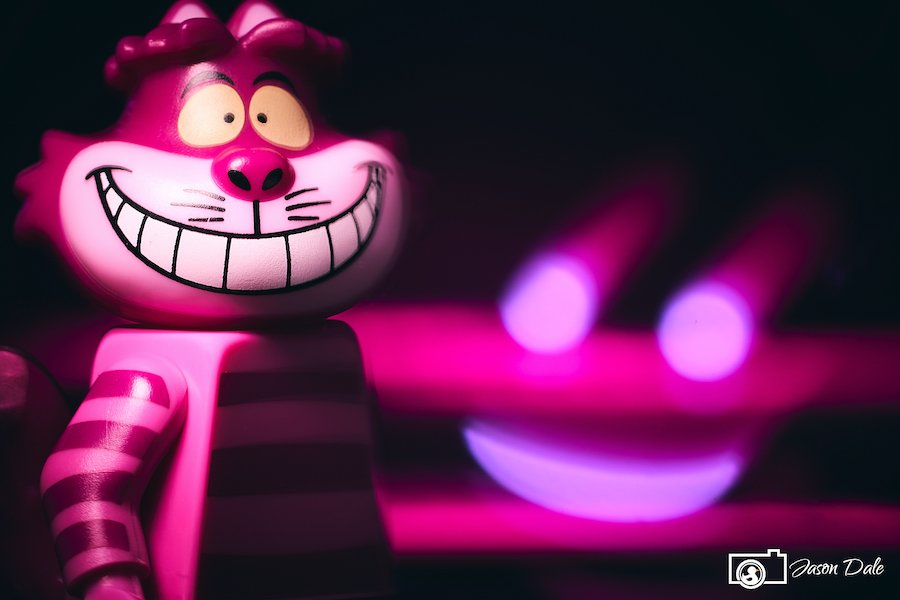 I’ve not been as active with the Stuck In Plastic weekly challenges of late. In part because I’ve been busy with other things but also a couple of the themes didn’t really appeal. However that’s the beauty of the challenges – you can simply dip in and out throughout the year – whilst also marvelling at the skills of other photographers. One challenge I did like was one that had to include a Disney character and the colour purple and the result can be seen above.

The original plan for this shot was to shoot The Cheshire Cat – because it’s purple-ish – together with a Bokeh Template kit that I purchased via Etsy so as to create a background of lots of happy faces. If you look on my insta feed you’ll see a few shots where bokeh feature and they’re all done with this rather nifty kit. The lights I use are Ollny Christmas Lights because they let me choose from 16 different colours and they charge via USB. Usually they are clumped together so as to create multiple bokeh elements. Anyway when I tried to get the shot I wanted of the cat with lots of smiling faces in the background, it just wasn’t working out. There were too many ‘smiling faces’ and it just looked rubbish and messy. Slightly annoyed I pushed the lights aside accidentally leaving only one lit LED in view… and there it was.. one smiling face as shown in the image.

However having just one light bokeh wasn’t the end of the luck that came with this shot. To give some background light I use a Lumecube Panel as this can be set to different colours and intensities. I’ll be honest I don’t quite remember how the streaky lights worked out with this shot. Nor quite how I managed to get colours that associated well with the minifigure. Just for a fleeting moment the photography gods colluded and decided that the lighting would create this interesting effect. Which is great and annoying in same amounts. Great because I really love the shot, but annoying because I’m not sure I’d be able to recreate it. It just goes to show that taking a few notes whilst you shoot isn’t a bad idea.

One of the best purchases I’ve made was a bokeh special effects kit from Etsy. Sadly the seller is no longer currently active because they’re based in Ukraine. I can only hope that they’re safe and well. The kit comprises of a plastic holder which sits on the front of the camera lens and a series of small stencil shapes such as stars, hands, faces and snowflakes. When you shoot at a wide aperture then any lights in the background will take on the shape of your stencil rather than a round familiar bokeh shape. The stencils in this kit are a bit hit and miss – at least on a macro level as the more complex the shape the less it works well. You can try and make your own stencils but you’ll need to be good at crafts as they’re just a couple of centimetres wide.

When shooting these kind of images I find that the minifigure should be close to the camera as you can get. Place your lights as far away as you can but obviously not too far so that they’re lost. I usually have my Christmas Lights about 60cm away from the figure. After that it’s just play until you get a composition where the bokeh looks good. Watch out for loss of definition of your shape, rude looking shapes and anything else that may detract from your image. Try different colours too. With the Ollny lights you can have one fixed colour or switch to a multiple colour effect which is great for a disco look. 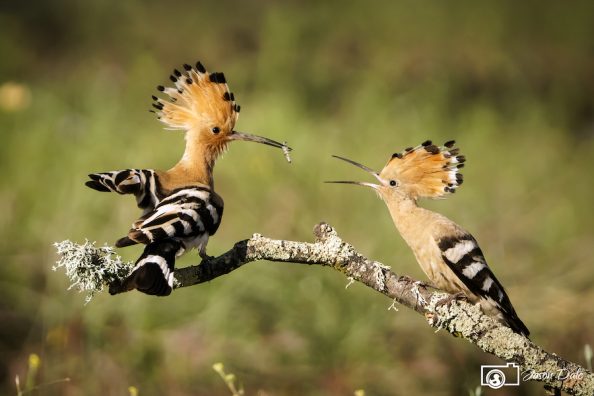 Do You Still Do Wildlife Photography?