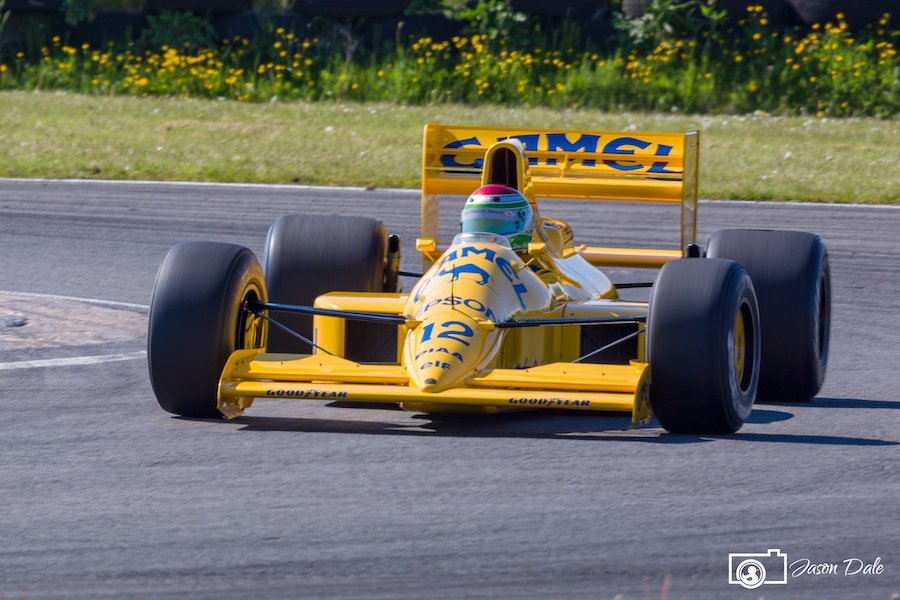 The Welsh Festival of Motorsport came to the Pembrey Circuit this weekend – and it was a fantastic opportunity to take a few motorsport images. During the day there were demonstrations of drifting, motorbikes and rally cars – as well as a few classic cars on show. The stars of the event though were the Lotus and Benetton F1 cars.

For a brief few laps on Saturday the F1 Lotus roared around the circuit – before blowing out a plume of smoke and coming to a grinding halt. That basically killed the car off for the entire weekend with damage (according to the stewards) that will cost Lotus around £30,000! That’s an expensive few laps.

When I tweeted the above image – it did get an interesting reply – suggesting that there was some illegal tyre testing going on.

Sadly, the Benetton wasn’t on track on the Saturday – and it didn’t make it to the track on Sunday either. Despite an engine refit it had problems and so it remained in the pit lane garage during the day.

Anyway I have a load of various panning shots, motorbike and drifting car images to sort through – along with a backlog of photos from Whitby, Calasparra and other days out to update to. Ah yes – and there’s a case of this blog to keep up to date!!!