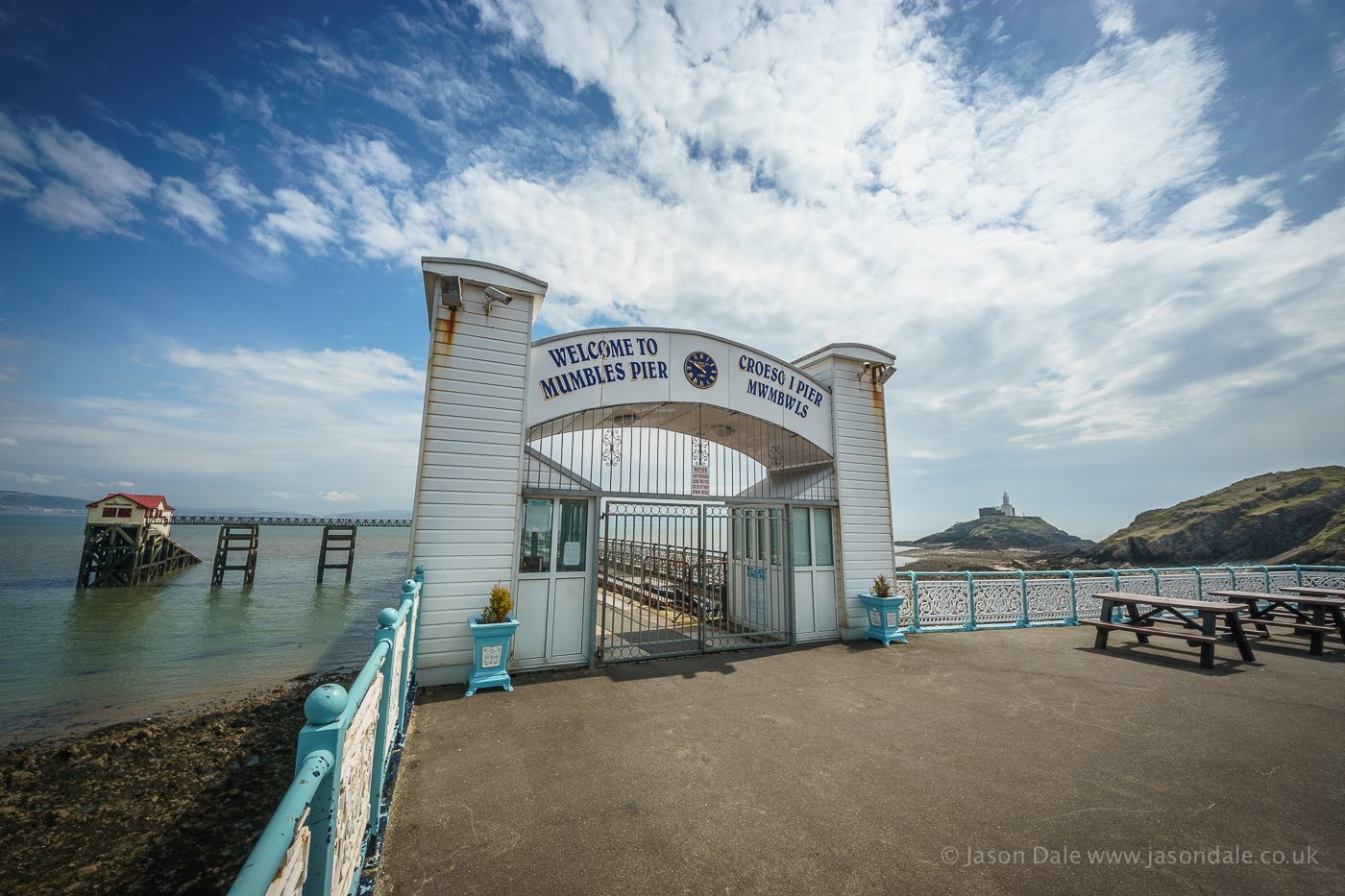 On Saturday 7th May we headed down to Mumbles. The reason being was because Swansea Museum had tweeted that “Bristol Channel pilot cutter Olga will be racing her sister ships in a rare sprint in Swansea Bay. 7-8 May, 10am”. On looking at the website it was advised that the best place to see the ships in action was down near Mumbles.

This sadly turned into a bit of damp squib. At 10am the tide was already heading out and there certainly wasn’t much view of the ships. They were out sailing but a tad too far away even for a 70-400mm lens. In fairness the ships did seem to be getting nearer to the Mumbles side but that was after midday and by then we were on our way to see friends.

The trip wasn’t entirely wasted photographically though. For some reason I’d taken my 8-16mm Sigma lens with me. I usually stick to 16-50mm but had picked up this lens instead for the day. I’m glad I did as with no ships to shoot I decided to use this wide lens to shoot Mumbles pier. What I didn’t expect was that at 8mm I’d be able to include Mumbles Lighthouse in the same shot as the pier. The sky was kind with a nice bit of cloud interest.

OK the shot isn’t going to win any awards, but I quite like it as it shows what I’ve termed the ‘Icons Of Mumbles”. Also I don’t recall seeing any shots which show both the pier and lighthouse (I’m guessing they do exist though). I do like shooting wide and this trip has reminded me of that – so I’ll be giving the 8-16mm lens a few more trips out over the coming month.

Hopefully the pilot cutters will be back in Swansea another day – if they are then my advice would be to go and see them in dock at Swansea Marina or borrow a boat. Don’t wait for them by the side of the bay!