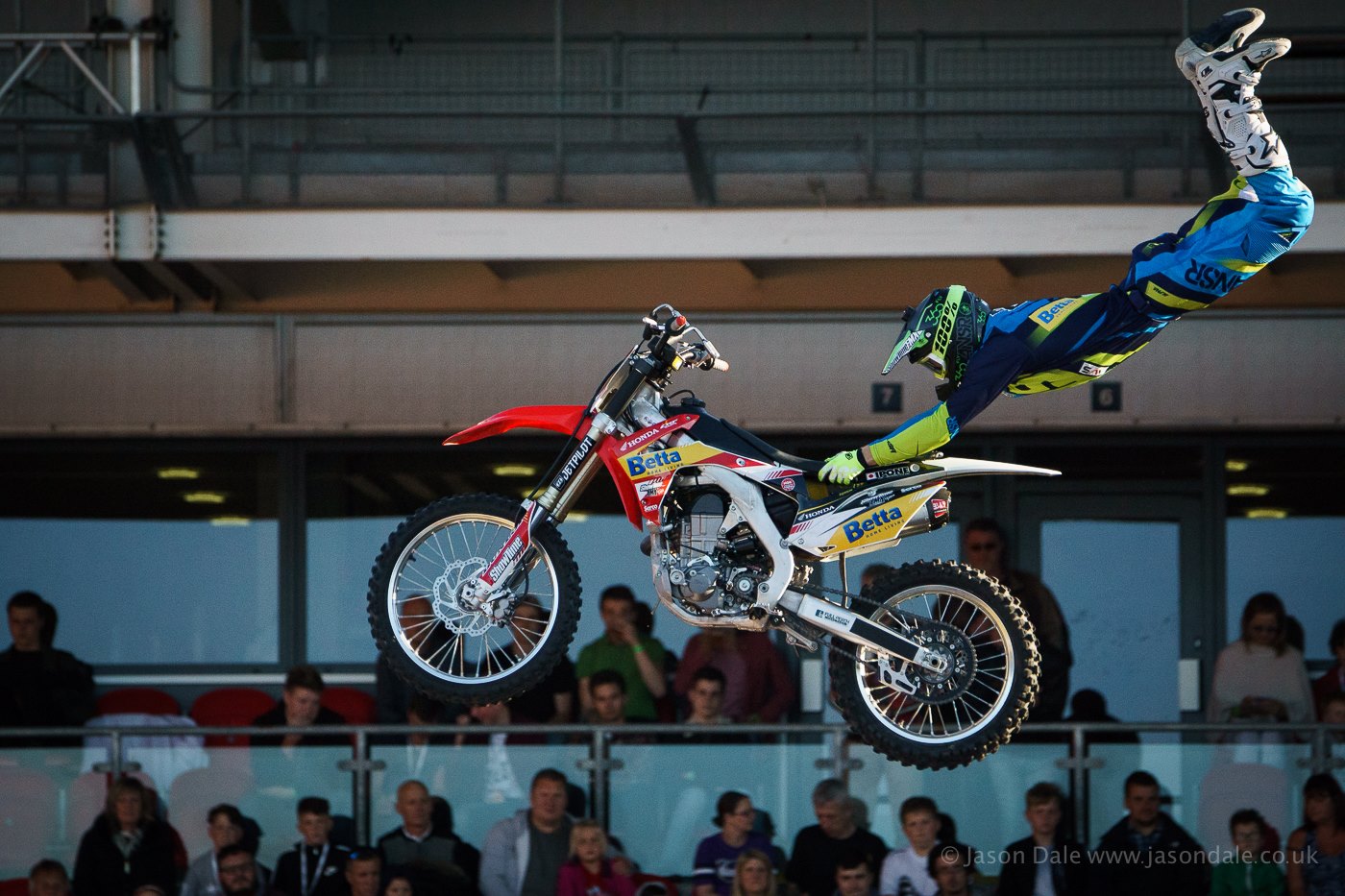 On 17th June I was lucky enough to be an official photographer for the Nitro Circus event at Parc Y Scarlets, Llanelli. In case you’ve not heard of Nitro Circus it’s basically a bunch of guys and girls on various bikes and contraptions doing stunts. It’s all quite incredible and full of action. The bulk of the action is motocross or bike based, but you do get oddities with stunts involving a penny farthing, canoe, sofa and barrel. One guy, Alex Fotheringham – aka ‘Wheels’ – even does a stunt in a wheelchair. 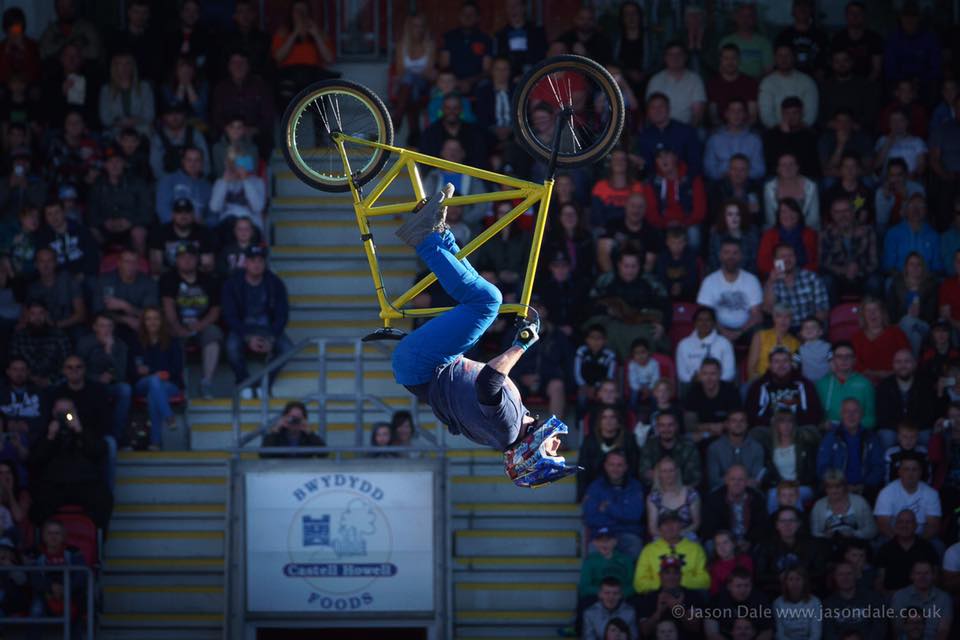 The photo brief was fairly simple – show the athletes doing stunts and try and get the crowd in the background. The latter was only possible by being on the opposite side of the stadium from the action, but armed with a 70-400mm lens it was easy to capture the action. The hardest part was figuring out what was going on – sometimes they’d be several athletes in the air or taking off at once. 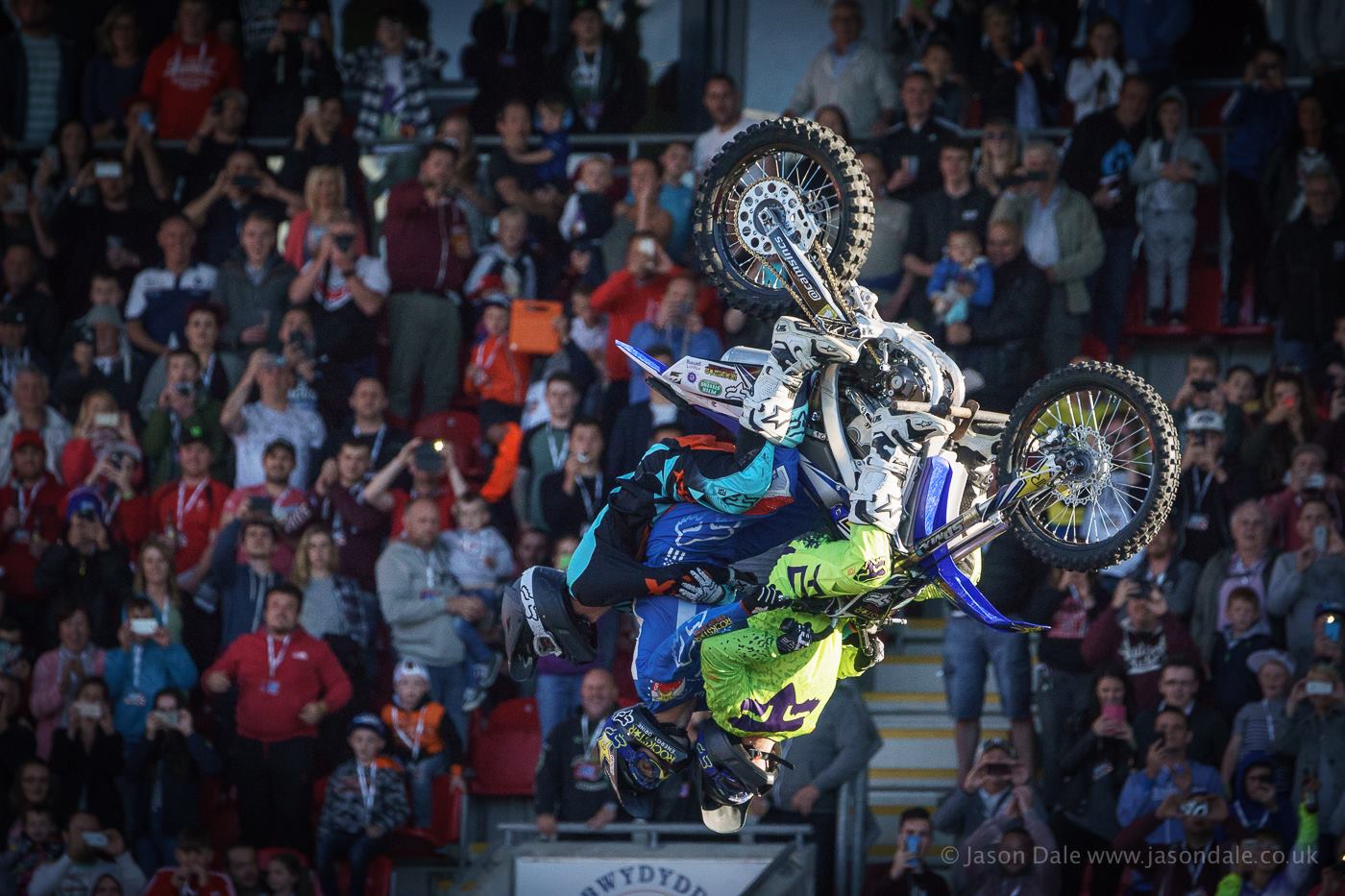 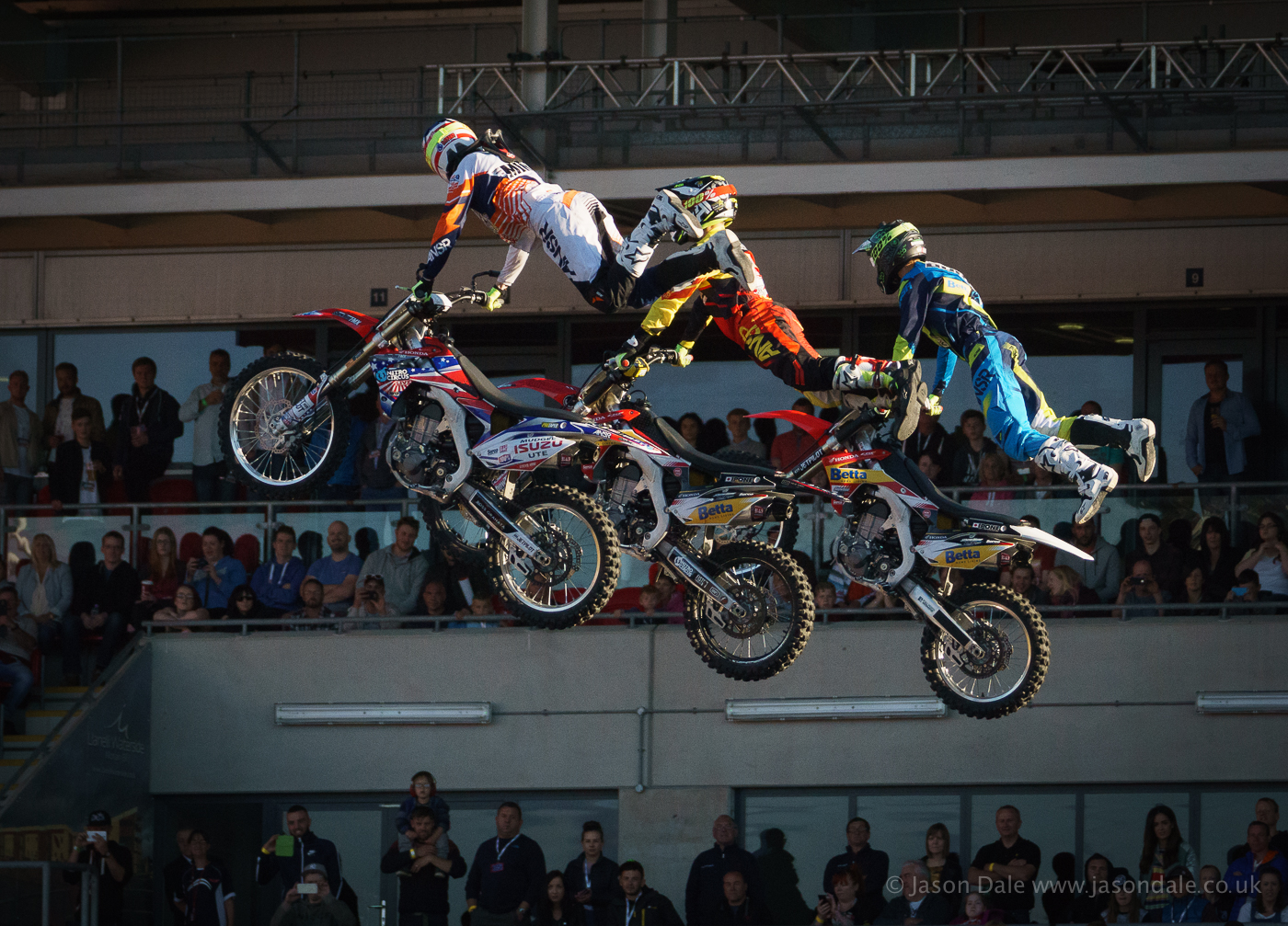 The motocross bikes were actually easier to capture than the cyclists and other objects – mainly because they all roughly had the same trajectory and speed. That said I’m pretty pleased with the results – some of which can be seen above.

Please note that the images above may not be used without express permission of myself. I’d like to thank Nitro Circus and FMGUK for permission to photograph the event.