According to the latest news from WWT a new species of damsalfly – the small red-eyed damselfly – has been spotted at the centre for the first time. In fact it’s believed to be the first time it’s been seen in Wales, so naturally there’s some excitement amongst bug watchers and wildlife photographers.

Thankfully the weather held on Sunday 27th August so it was good opportunity to head down to the wetland centre and do some bug spotting. The good news is that yes there are red-eyed damsalfly. You can see them from The Peter Scott hide – but some have been spotted from the fishing launches too.

A big thanks to the guys down there who pointed out where they were located and for sharing their binoculars and telescope to get a closer look. The bad news is that the little critters are indeed small (the name is perhaps a giveaway) – so sadly no photos, or at least none that I was happy with!

All was not lost though – as there were other bugs to photograph. There was an abundance of dragonflies sunbathing on the pond bridges and they seemed more than happy to sit and pose for photos. Recently I’ve been using a 70-400mm lens for insect photos, but because the dragonfly were fairly calm I switched to a macro lens to see just how close I could get! 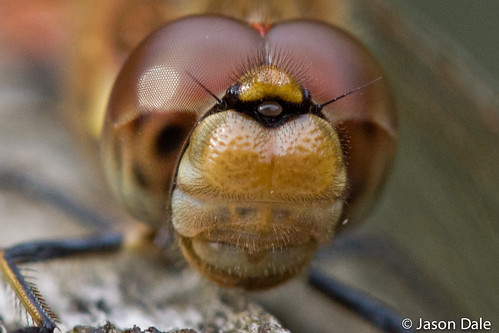 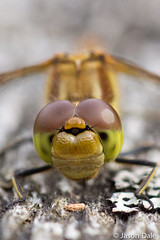 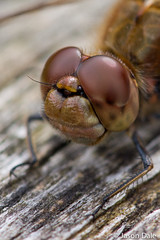 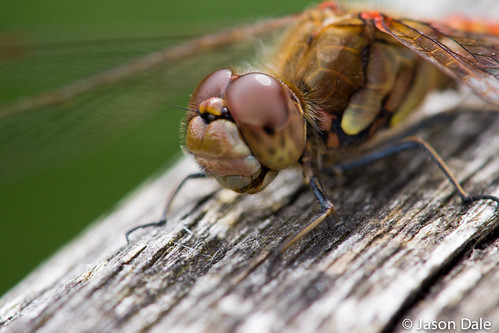 Now the above have had pretty much minimal cropping – so as you can see I was able to get in close for the shot (or as close as I fancied). I did try and experiment and take some action shots but the dragonfly were jumping and landing quicker than the shutter.

Although I didn’t use a stand for these shots, I did rest the camera on the bridge to give a bit more stability. I also switched between manual focus and auto-focus to see whether this improved shot quality. In fairness the results were about the same!

The good thing about taking macro shots of the above dragonflies was that they really weren’t too fussed about the presence of a camera close to them. If they did get spooked and fly off then they tended to return back to their position very quickly. Because of this – and their size – they make a good subject for trying out macro photography and insect photograpy.