Despite living down this way for over 10 years I’ve never ever been to a Gower Show. However, this year I headed along half expecting to spend most of the day either sat in a queue of cars or up to my knees in mud. Thankfully neither happened. Instead there was plenty of interesting displays and events to enjoy.

There was plenty of livestock – well plenty of horses to take photos of – although I opted to limit myself to just a handful. I particularly like the one below as it looks like the horse has spotted the camera and given a nice smile in response. 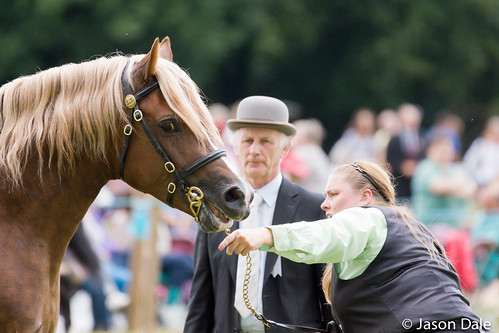 Entertaining the crowds were the Rockwood Dog Training. They put a variety of breeds through their paces including jumping through fire, tackling bank robbers, picking coloured rags and racing against each other. 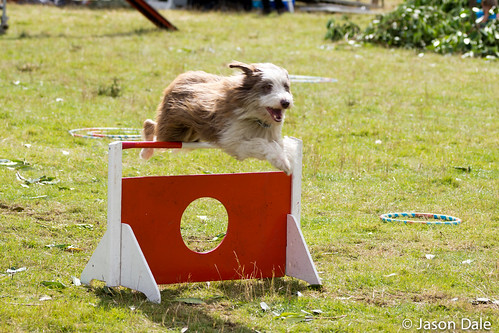 Following Rockwood was a sheepdog/duck demonstration. Indian ducks are used in these demos in place of sheep and they can be quite fun to photograph. The demonstrator asked for half a dozen children to help him out – and ended up with quite a lot of kids. In between one of the dogs not being obedient, a youngster playing in one of the ducks’ tubes, an audience dog almost grabbing a duck (twice) and kids running everywhere – the demo went on without a hitch! 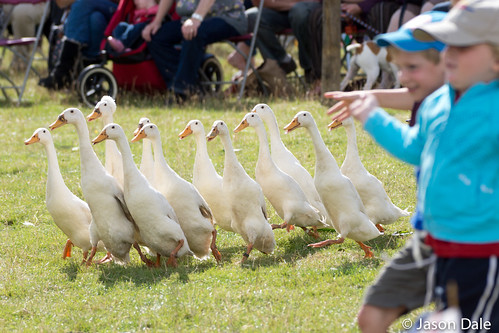 The final demonstration of the day was by Ben Long Falconry. Surely it must be easier to capture a falcon in display than a bird of prey out in the wild? The photo below shows a blur of the falcon as it flew past the lure… 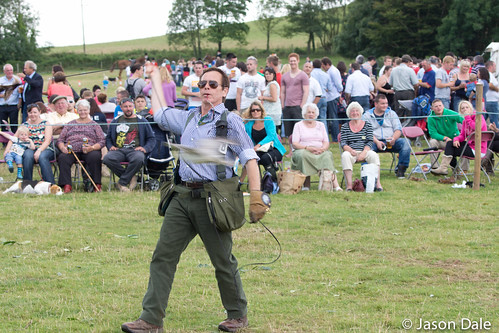 .. a bit more work needed perhaps? Or a miracle! Fortunately the falcons are a lot easier to photograph when they’re sat on the arms of their owners. 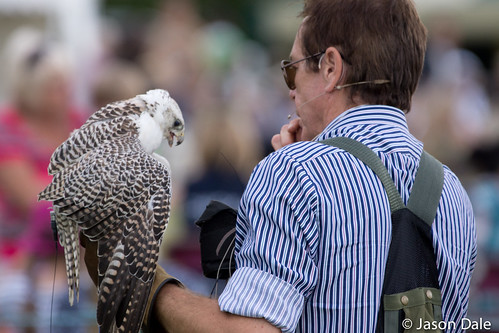 My favourite shot, however, was this one showing Fowler Showman’s Road Locomotive. I like the steam coming out of the engine whilst the guys who must spend hours lovingly looking after it continue to work oblivious to the camera. 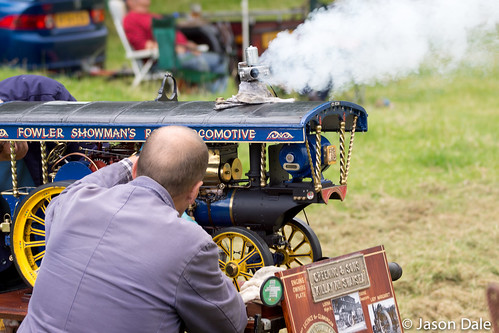 There were a few things I didn’t get shots of – including the fabulous Salt Marsh Lamb Burger from Gower Salt Marsh Lamb and the strawberry cheesecake from The Welsh Cheesecake Company. I’m also looking forward to taking a break in one of the vans from Scampervanhire.