Cardiff was the destination on 4th August 2012 to catch Team GB v South Korea in the Olympics football. However, the City Centre had more of a carnival feel to it when loads of performers took to the streets for the Cardiff Masquerade Carnival parade. A great opportunity for some photos! First off though, a big thank you to the guys at Cameraland who gave my camera a much needed clean… and got it back to me in time for the parade! 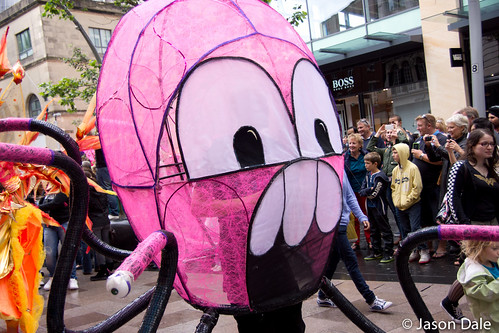 By a stroke of luck I had a nice position near to St David’s and the large TV screen. There were also no barriers so it was easy to get relatively near to the performers – and not capture too many heads bobbing in front of the lens! 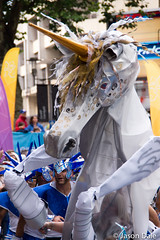 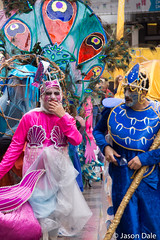 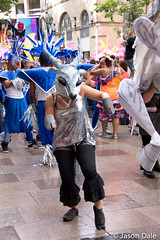 The outfits worn by the paraders were incredibly colourful there was some fantastic costumes – it was like a mini mardi gras in the middle of Wales. My favourite shot is the centre one above, simply because of the reaction of the performer.

One of the nice things about the Cardiff Carnival parade was that you could catch it at one point then spot it again a little later on! For example, the photo below was taken near Cardiff Castle. Mind you I missed the Zumba Flash Mob that took place on Queen’s Street (Your Cardiff). 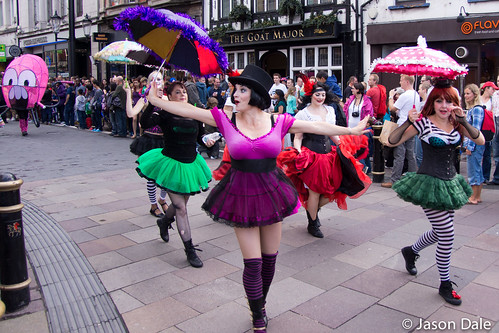 Look out for the event again next year – you can keep up to date with news and see more photos of the day over on the SWICA Wales Facebook Page. All in all it was a vibrant and fun parade that made for some good shots and certainly helped brighten up the day.