The World Rally Championship made it’s annual trip to Wales during September 2012. Due to time constraints I was unable to make it to the muddier dirt tracks like Port Talbot and Likes Landrover but did manage get tickets for the special stage at Celtic Manor, Newport. As I was also in Cardiff over the weekend there was also a chance to get some photos of the cars and drivers.

One thing I was really interested in doing was taking a few panning shots. The last time I’d try panning was in New York – and it then took nearly 45 minutes to get a decent shot of a Yellow Cab. As there was more than a few cars travelling into Cardiff from The National Rally and WRC it was possible to practice. 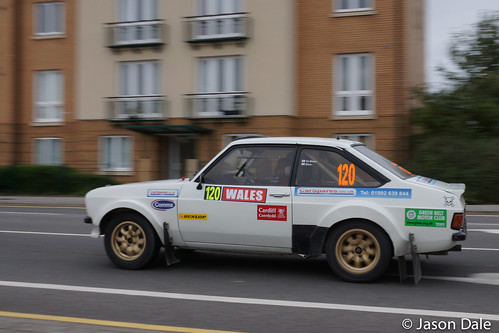 By the way, it did occur to me eventually that it would have been more sensible to try panning shots on every day motorists – although you never know how people may react to being photographed.

The Wales GB rally stage at Celtic Manor was good fun, but from a photo point of view not such a great event. If you’re going next year position yourself away from the crowds at Viewing Point 1 and make your way down to 2 or 3. The reason for this is that you’ll see the cars a couple of times! It’s a short stage (3km) and so points 2 and 3 offer the most photo opportunities.

Viewing point 4 is where the stage ends and that may offer a decent position for photos. However, you might not get to see that much of the rallying. 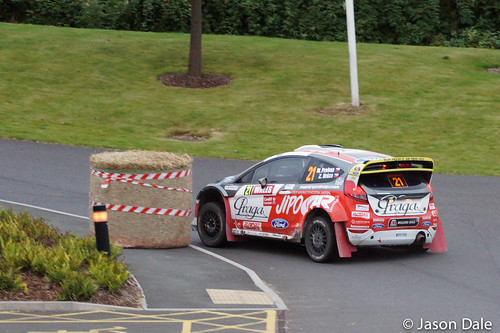 The position I had at Viewing Point 1 was great for watching, getting the atmosphere and being close to the coffee wagons. However, it wasn’t so good for picking off the rally cars or getting ‘exciting’ shots.

Foruntaly, the weekend wasn’t a complete loss photo-wise though as there were more chances to try panning photography the following morning. Plus with the WRC cars coming in for repairs at the central Cardiff location it was also possible to get some shots of the WRC drivers. 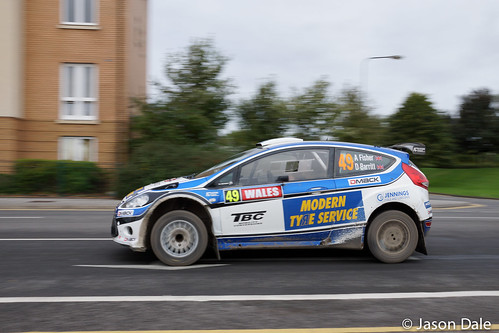 The most popular driver was the World Champion Sebastien Loeb. He was sat posing on his car but getting a clean shot wasn’t easy as he was surrounded by fans, PRs and other photographers. However, with a little bit of patience I was able to get a couple of close up shots including the one below. 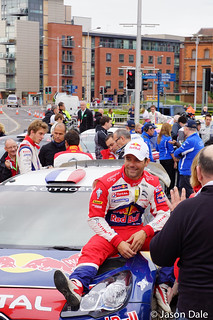 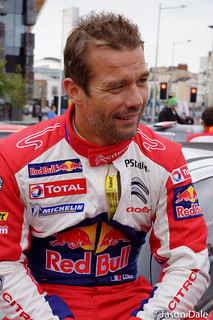 Posing drivers are good when you can get near them, but it’s also great to catch the drivers in more natural circumastances. Below is Mads Ostberg (a future WRC World Champion) on his mobile whilst waiting for the signal to head back to the garage. 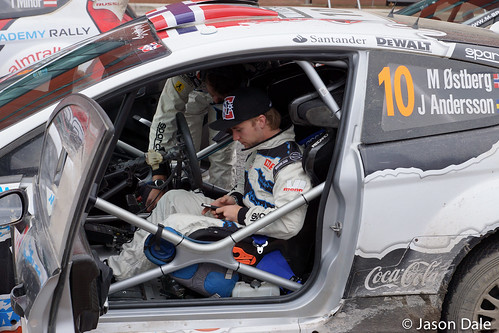 There are more photos of the drivers, WRC rally cars and National Rally cars in this Flickr set. I’m reasonably happy with the set, but was also a little frustrated, especially with the shots from Celtic Manor. However, it was a first trip and next year I’ll be trying different stages hopefully with better success.

Reports suggest that the WRC will be back in Wales in 2013, although it may be in November.