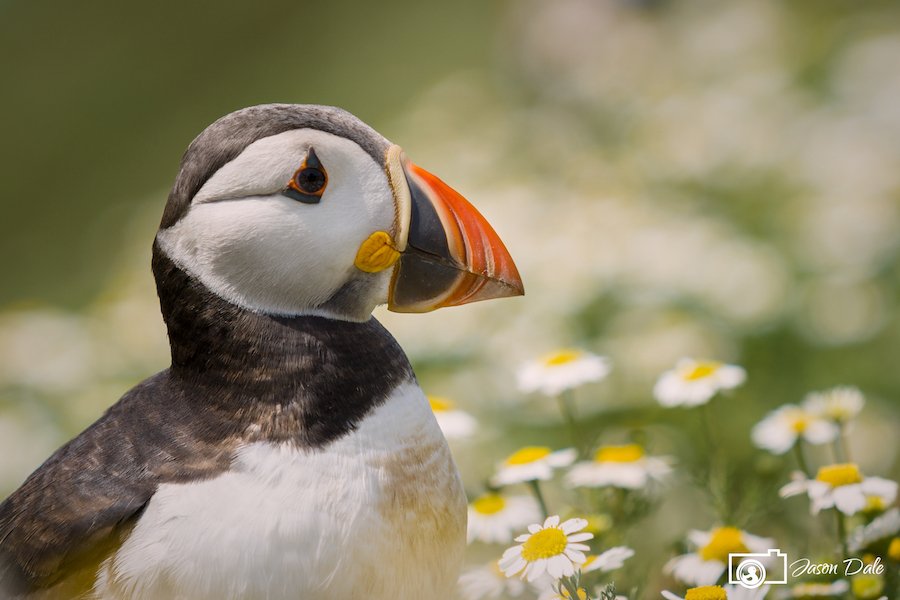 Back in July I finally made it to Skomer Island to take some photos of Puffins. I decided that to make the most of my time on the island I’d go with a professional so booked a day with Drew Buckley. Originally we’d planned to go in June but a mixture of bad weather and then a bad hand meant the date was pushed back.

Fortunately the Puffins were still on the island and still feeding – so plenty of opportunity to capture shots of birds with beaks full of sand eels. Drew was an excellent teacher and gave me useful tips on how best to capture the birds, to think about background and angles. This resulted in some pretty good shots which I’m especially pleased with.

Later in the day Drew challenged me to capture a Puffin in flight. Despite a number of attempts I failed miserably – so Drew picked up by Sony A77 and demonstrated how “easy” it was by pretty much getting a bird complete with sand eels at his first attempt.

Overall it was a great day on the island and I’d recommend Drew to anyone considering doing one of his workshops!