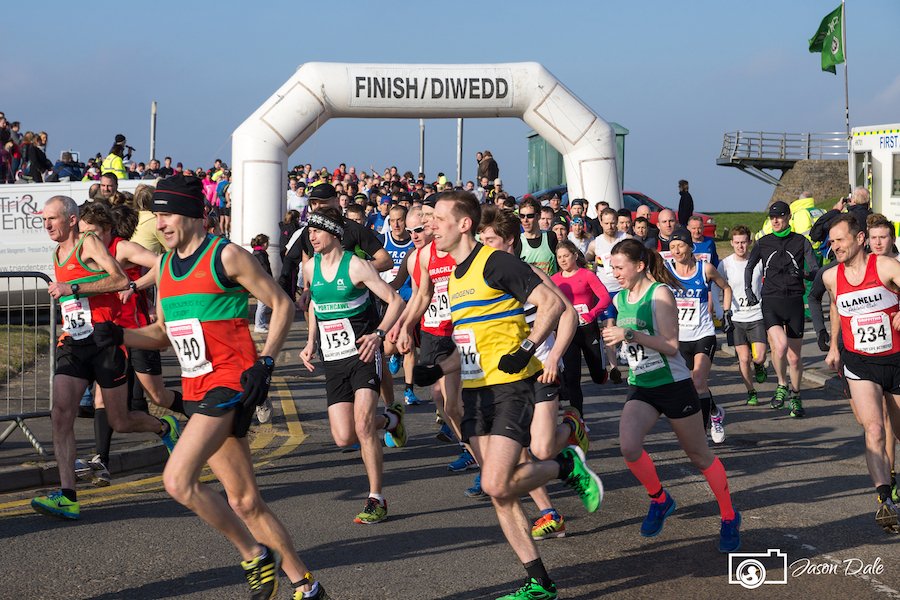 As Llanelli North Dock is just down the road one thing I’m hoping to do this year is get a few shots of the various races and sporting events that take place there. Kicking things off for 2013 was the Llanelli 10 Mile on 17th February – this is a regular run organised by Healthy Life Activities.

Being organised (for a change) I was down at the start line for the off, or so I thought! Sadly my first shots featured the lovely lady from Sporty Snaps who decided to jump right in front of my shot. I do like to make sure I’m not impeding other photographers when I’m shooting and as she was positioned to my right – we both had a clear shot – so why she felt the need to step forward I don’t know. Oh well, fortunately I was able to get some ‘start’ shots!

The good thing about races around North Dock is that the runners tend to run around the water – meaning you can grab another location after the start. I managed to find a nice spot and got down low to capture the runners as they went past (minus Mrs Sporty Snaps who was slightly further down the road). I think the double yellow line acts as a good ‘line’ for the shot below. 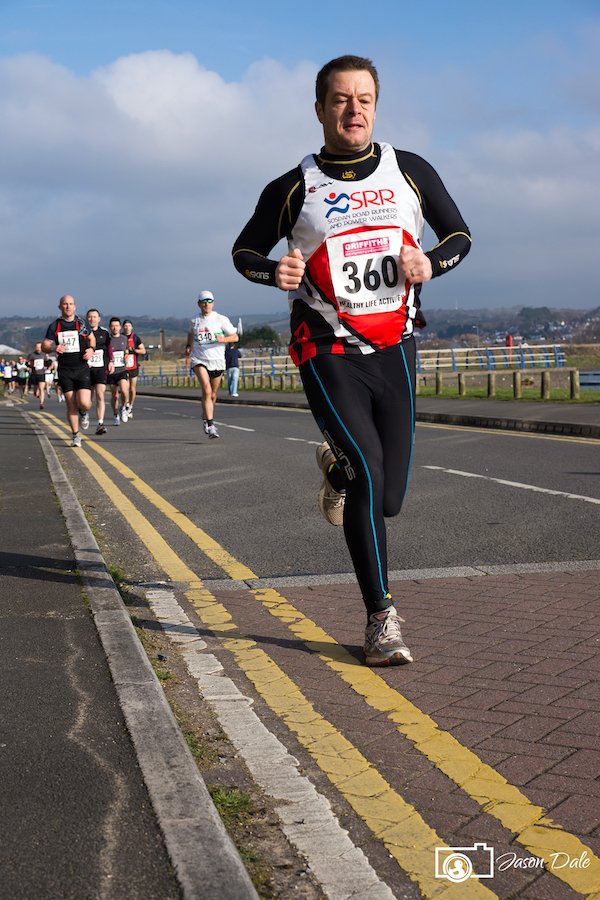 Stupidly I played with the angle a few times and probably should have stuck to the one that was working. I also missed the Help For Heroes runner by crossing over the road to try something else – sometimes it pays not to do too many experiments! With the runners on their way along the Millennium Pathway the best thing to do is grab a coffee and wait for the winners to cross the line. So that’s what I did! It was a a cold but beautiful day – perfect for photos but not for the runners – perhaps that might explain why the winner seemed quite muted in his celebration when crossing the line first!

Usually I’d stop by and take a few photos of the finishers but unless you’re selling them (like Sporty Snaps do) then you just end up with a lot samey shots. Of course you may capture an exciting finish, a celebrity crossing the line or a charity runner so sometimes it’s worth doing a few more. Mind you unless you are right behind the finish line it’s hard to get something good.

Next time I think I’ll try and photograph the start, the early part of the run and then find a nice point on the Millennium Pathway for when the runners do the return rather than the finishing line. I’ll also wait until the last runner passes me before moving position!!