Despite being told several times by affiliate mates to “get to ThinkVis” oop North in Leeds, it’s taken to the sixth event to finally go and find out what it’s all about. Myself and Jude (@dragonbirdy) decided to let the train take the strain – the first positive of what turned out to be a very enjoyable weekend. 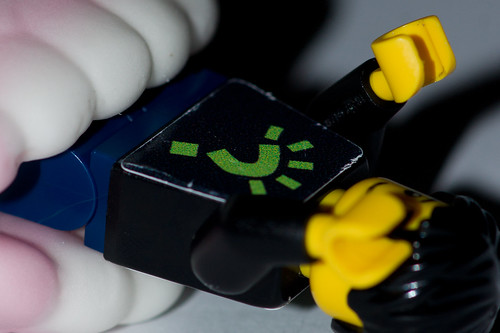 On the Friday night, after a decent Japanese meal at Wasabi Teppan-Yaki, we headed to the pre-conference party – complete with a 9 hole crazy golf course. Perfect for a few drinks, a few catch-ups and a few laughs. Despite wanting an earlyish night, even having a room right above the Wedding Party disco didn’t dampen the spirits. Police Academy on the box was a decent distraction!

So onto the main event! The conference!

First up was “What I Learnt about Search From Playing Championship Manager” by Kelvin Newman. This was a good talk to get the day underway – I learnt that we probably don’t consider stats enough with regards to search, but more importantly not enough when playing Championship Manager. To be fair (and slightly showing my age) Sensible Soccer on Sega Megadrive was the pinnacle of my football game skills.

Next was “Win At SEO With Duplicate Content” with Malcolm Coles. Going to this segment was in no way influenced by the mention of Karen Gillan’s underwear (!). This was another interesting talk where Malcolm demonstrated the tricks used to basically game Google. It was clever, but I got the feeling that for this to work you need to be a bit of a “Johnny On The Spot” with news stories. 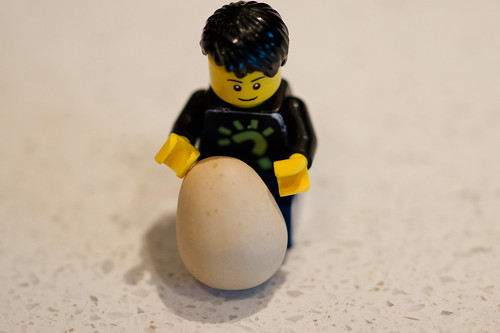 After lunch it was time for Neil Walker and “Three Types of Marketing Lies”. Again more stats to look at and initially I did wonder whether sleeping off the chips and cookies might have been a better option. However, Neil put up some data which resonated with our own (yes we do a little bit, but not enough to be good at Championship Manager) and that got the old brain firing.

And there was more brain activity in Nichola Stott’s “How To Find The Angle”. Nichola offered tips on what makes newsworthy stories and explained that humanising the angle can really help. It was an enjoyable talk with plenty to consider!

“Monetising Through Community” with Jane Copeland was the next destination. Jane explained how she thought thriving communities could monetise their audiences better and gave some good examples of what they could be doing. It was interesting and the ideas sound. What would have been useful is to know of recommended tools that could be used in these cases (e.g. Skimlinks, Retargeting Ads)!

Last but not least there was “Ask The Experts”, a panel session featuring Nichola, Kelvin and a Ninja (Peter Wailes). Some of the stuff (e.g. Facebook Edgebook Algorithms) went way over my head, but it was a fairly comfortable way to end the day’s conference proceedings. 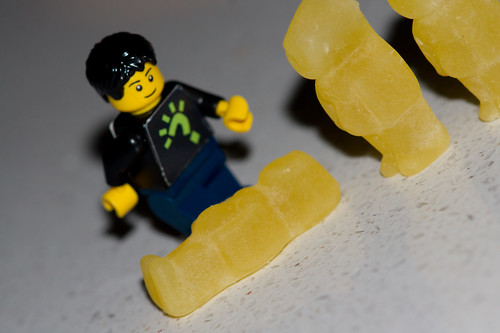 And then came the entertainment!

Actually first came indigestion as Jude wanted to watch Doctor Who (last week’s and this week’s) which was kindly being shown from 6pm. A rushed Pizza Express lasagne later and we were chilling out with a big screen whilst lots of people round the UK searched for Karen Gillan’s underwear (apparently it spikes on a Saturday night – see I was listening).

Then came beers, Robot Wars (which was seriously cool), a domain auction, some games, some more beers, Guitar Hero, a magician guy (who was incredibly good) and more laughs and chat.

So, did I enjoy ThinkVis?

An unequivocal yes. It was nicely paced, not too demanding on the brain but had enough to spark ideas and questions about what we’re doing. Content in a couple of the talks affirmed a couple of things we’ve seen ourselves but have perhaps not taken on board. Online does seem to be more and more about “now, now, now” and from a SME affiliate angle that can be hard work.

However, it’s not impossible. You can get Farnborough Town out of the lower leagues, you can play with Google, you can search for celebrity underwear under the umbrella of “research”, you can use stats to your advantage and you can make stuff up.

And with that new found knowledge, ThinkVis made me want to go back and try new things with Loquax – and in a year that has seen us consider it’s next direction – that’s quite a massive plus to take away from Leeds.

Oh… and take photos of small lego men with sweets!

Getting Back On Track

Focusing On The Year Ahead