I hadn’t planned to write about affiliate marketing when I decided to restart this blog, but then something happened that requires comment. It’s something that has been largely ignored by the “performance” side of affiliate marketing but it’s worthy of note for a number of reasons. Firstly because of the actions taken by a merchant and secondly because of the actions taken by a group of affiliates.

Bolt From The Blue

On January 24th 2017, affiliates of Foxy Bingo and other related brands (Cheeky, Think, Foxy Casino etc) were issued with a two day notice of the closure of the brand’s affiliate program. The notice was issued by GVC Holdings, the company who own Cashcade, which groups together Foxy et al.

This bolt from the blue seemed to signal the end of 10 years of working with Foxy Bingo and the end of lifetime commissions from players referred to the brands. However, in the same email affiliates were told that there would be a “new Cashcade affiliate program” so would this mean a transfer of players to the new platform?

Sadly no! As far as GVC Holdings are concerned their affiliate program has closed. Except it hasn’t as the new program is to launch on Active Wins, which is owned by Betfred. Now Active Wins plus representatives from GVC were on hand to talk to affiliates about the various closure issues at LAC and it’s important to note here that ActiveWins featured the Foxy Bingo brand on their stand at LAC as you can see below! 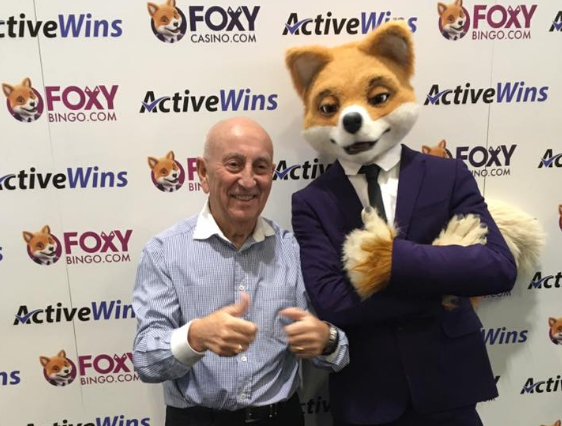 So in short, the old Cashcade affiliate platform has closed so goodbye players and commission – and a new platform without any historical data is to open whilst GVC Holdings retain the lifetime commissions of players referred by hardworking webmasters.

As you may suspect, these events haven’t gone down well at all among affiliates, who are now boycotting Cashcade brands. A number of big bingo portals such as BingoPort and Which Bingo have withdrawn endorsement for Foxy Bingo. Other affiliates, such as ourselves at Loquax, have also withdrawn endorsements. Perhaps the big positive from all this is that it has brought many together in discussion as there’s huge concern within the industry that GVC’s actions could signal similar plays against affiliates.

The events haven’t gone noticed at the Gambling Portal Webmaster Associations (GPWA) and several videos are now online which are well worth a look. The first video is below but there’s now a whole channel of clips on Youtube.

The pressure on GVC Holdings continued when Casino News Daily published an article suggesting that GVC’s reputation had been damaged with regards the Cashcade program. This generated a response on the 1st March 2017 from GVC and the statement is available to read here.

The statement suggests that GVC Holdings in fact were closing the Foxy Bingo program and were not interested in resuming it on Active Wins. In fact EGR reported on 10th February 2017 that the Foxy brands were moving to Active Wins. And, as mentioned above, Active Wins were promoting Foxy Bingo at LAC as part of their roster of programs. Either Fred didn’t get the memo or GVC have concocted a statement to cover the fact that bingo affiliates are not endorsing their brand going forward. What do you think?

Trust Must Be Implicit

In fact Fred may have missed a few other memos along the way. The owner of Betfred was interviewed at LAC by CalvinAyre.com and was asked about dealing with affiliates. Fred’s response was that “trust must be implicit in every deal”. He then goes on to say he doesn’t want “to cheat any affiliates”. But it’s his company which has become – perhaps unintentionally – embroiled in seeing a lot of trust go down the drain as affiliates are cheated by GVC’s actions.

That trust has also resulted in the Active Wins forum at GPWA being suspended. According to posts on the forum, GPWA reached out to Active Wins and were led to believe the situation could be resolved. Unfortunately that wasn’t the case and Active Wins are now regarded as complicit in the whole scenario.

For Foxy Bingo and co. it’s “carry on as normal”. They’ve shafted their affiliates, flushed the trust down the toilet and tried to pull the wool over the industry’s eyes with a BS statement. A new £10million campaign featuring Hollywood Star Heather Graham is about to launch and that will signal a revamp of Foxy Bingo. It’s a risky strategy as it basically changes Foxy as a fun loving northerner to an actress impersonating a northern accent whilst wearing a fox suit.

Affiliates who could have been involved in pushing the Foxy revamp will instead be actively filling the Foxy shaped holes on their portals with other brands. Other brands who hopefully are committed to working with affiliates, who believe in trust and not cheating their business partners.

One thing is for sure though, the battle against GVC Holdings won’t just vanish like the many backlinks to Foxy and co.

Getting Back On Track

Focusing On The Year Ahead Affiliate Window Now Offer Commission Per Assist First off… yes a blog post!! The last one was in 2011 and a lot has ...